Democrat Illinois Gov. J.B. Pritzker responded to a tweet from the National Rifle Association about gun-free zones by telling them to “leave us the hell alone.”

The NRA had tweeted that “Since 1950, 94% of mass public shootings occurred in gun-free zones.”

Gov. Pritzker took offense to the tweet, quoting it and writing, “And 100% of mass public shootings happen with guns.”

“As Governor, on behalf of the people of Highland Park — leave us the hell alone,” the governor added.

And 100% of mass public shootings happen with guns.

As Governor, on behalf of the people of Highland Park — leave us the hell alone. https://t.co/biBV75pWxA

Governor Pritzker has been campaigning for stronger gun control since the shooting, though Illinois already has some of the strictest gun control laws in the nation — including universal background checks, extreme risk protection orders, and open carry regulations.

In Highland Park specifically, “assault rifles” including AR15s and AK47s, were banned in 2013.

During a press briefing on Monday, Gov. Pritzker said that “our Founders carried muskets, not assault weapons.”

He continued, “and I don’t think a single one of them would have said that you have a constitutional right to an assault weapon with a high capacity magazine, or that that is more important than the right of the people who attended this parade today to live.”

President Joe Biden has repeatedly made similar statements, including that “the Second Amendment, from the day it was passed, limited the type of people who could own a gun and what type of weapon you could own.”

The Second Amendment simply states that “a well regulated militia, being necessary to the security of a free state, the right of the people to keep and bear arms, shall not be infringed.”

Experts have long agreed that the brevity of the text is intentionally broad and that no limits on weaponry were intended by the founders.

“The Second Amendment places no limits on individual ownership of cannon, or any other arms,” University of Tennessee law professor Glenn Harlan Reynolds told Politifact.

“The first federal gun control law does not appear until the 20th century,” Johnson said. 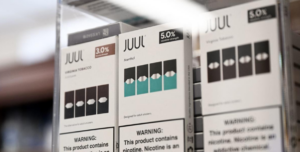