'He Never Did Anything Knowingly Dishonest In His Life'

“Mike Pence is an innocent man. He never did anything knowingly dishonest in his life,” wrote Trump.

Just saw Trump posted this on Truth – I honestly can’t tell if this is sarcasm or not. 😂 pic.twitter.com/XAGINc37oU

The former President has not further commented on Pence as of Tuesday evening.

Pence informed Congress of documents appearing to be classified from his time as vice president were found at his home on Jan. 16, Fox News reported on Tuesday.

On Jan. 18, Pence reportedly informed the National Archives of a small number of possibly classified documents discovered in two boxes, according to Pence’s team.

Per protocol, the FBI was informed by the National Archives of the possible discovery of classified documents.

“Former Vice President Mike Pence reached out today about classified documents found at his home in Indiana,” said House Oversight Committee James Comer in a statement to Fox News Digital. “He has agreed to fully cooperate with congressional oversight and any questions we have about the matter. Former Vice President Pence’s transparency stands in stark contrast to Biden White House staff who continue to withhold information from Congress and the American people.”

The most recent discovery of classified documents was on Friday after the FBI conducted an official search of the Biden residence.

“DOJ took possession of materials it deemed within the scope of its inquiry, including six items consisting of documents with classification markings and surrounding materials, some of which were from the President’s service in the Senate and some of which were from his tenure as Vice President. DOJ also took for further review personally handwritten notes from the vice-presidential years,” said Biden’s personal attorney, Bob Bauer. 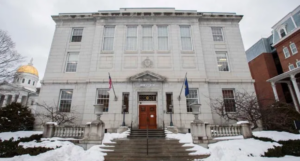