The nation’s largest district attorney’s office has directed its prosecutors to avoid criminal convictions that could lead to suspects’ deportation if they are in the country illegally.

Prosecutors in Los Angeles County have been instructed to consider a suspect’s immigration status and take steps like not charging for criminal enhancements that “would turn an otherwise immigration neutral offense into an immigration damaging one” by LA District Attorney George Gascon.

“All charging determinations shall be undertaken with the goal of avoiding or mitigating the adverse immigration consequences of a decision when known,” states the policy, which was obtained by Fox News. “Under these circumstances and when, consistent with public safety alternatives to filing charges exist, those alternatives shall be pursued.”

Gascon plans to make a number of major changes while in office, including ending cash bails for misdemeanor non-serious or nonviolent felonies, ending the death penalty, and stopping the prosecution of minors as adults.

The Democrat has said the changes will allow officials “to actually protect the truly vulnerable,” per NPR.

“Here’s the bottom line: The data proves that criminal justice reform is the best way to keep us safe,” he tweeted on Dec. 2. “And those that say reform leads to violence are flat-out wrong.”

In October of 2020, Gascon released a plan to “ensure resolution parity for the undocumented.”

“Particularly during this politically charged environment, it is essential that immigrants are not subject to double suspicion, double punishment, or a deprivation of due process,” he stated. “This is not to grant leniency to immigrant offenders, but rather to mitigate punishments that can end up being far harsher than what the law was designed to mete out… Many low-level, nonviolent offenses automatically trigger deportation as a ‘mandatory minimum’ punishment.”

“Local criminal justice actors must be careful not to become part of a pipeline to deportation in a dysfunctional immigration system,” added Gascon. “The district attorney’s office must factor in severe collateral consequences in charging decisions, plea negotiations, and use of diversion programs. The DA must also strive to limit unnecessary exposure to immigration enforcement.”

His new directive is one of the first of its kind in the United States, according to Breitbart.

“The Los Angeles District Attorney’s Office consulted with our staff, community stakeholders and immigration experts to craft a comprehensive Immigration policy that protects vulnerable victims and prioritizes safety while attempting to avoid overly punitive consequences for the accused,” said communications director Tiffany Blackwell in a statement to Fox. “We believe that we have achieved that result.”

“We will continue to rely upon our staff to provide us with relevant information that will assist in making the determination if alternative sentencing is warranted,” Blackwell added.

California is a sanctuary state that does not work with Immigration and Customs Enforcement to remove illegal immigrants. 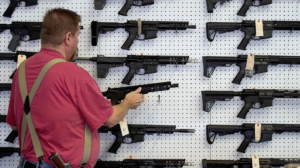