'This kid needs a beatdown. Let me take him around the corner' Said Nury Martinez

UPDATE: Los Angeles City Council President Nury Martinez has resigned from her presidency effective immediately amidst racially-charged leaked audio of the councilwoman this past weekend, the Los Angeles Times confirmed.

Martinez’s resignation from council presidency follows a string of protestors and colleagues alike calling for Martinez to resign from her position and City Council altogether. De León and Cedillo have also received pressure to resign though neither council member has followed Martinez in her resignation as of Monday afternoon. Martinez will reportedly continue representing her district on the city council.

“As someone who believes deeply in the empowerment of communities of color, I recognize my comments undercut that goal. Going forward, reconciliation will be my priority,” Martinez said in a statement announcing her resignation following her apology Monday morning. “I have already reached out to many of my Black colleagues and other Black leaders to express my regret in order for us to heal. … Therefore, effective immediately I am resigning as President of the Los Angeles City Council.”

The almost hourlong recording was shared on Reddit in a now-deleted post though full details surrounding the audio remain unclear. The conversation appears to have taken place in October 2021 regarding redistricting maps by the city’s redistricting commission.

City Council President Nury Martinez criticized a colleague’s son’s behavior saying, “This kid needs a beatdown. Let me take him around the corner and then I’ll bring him back.” She went on to refer to the child in Spanish as a little monkey and little black boy while referring to his father Councilman Mike Bonin as a “little b—-.”

“We are appalled, angry and absolutely disgusted that Nury Martinez attacked our son with horrific racist slurs, and talked about her desire to physically harm him. It’s vile, abhorrent, and utterly disgraceful,” said Bonin and his partner Sean Arian in a joint Sunday statement.

The City Council needs to remove her as Council President immediately, and she needs to resign from office. … No one should ever be subjected to such racist, mean and dehumanizing comments, especially from a public official. … It hurts that one of our son’s earliest encounters with overt racism comes from some of the most powerful public officials in Los Angeles. … The conversation revealed several layers of contempt for the people of Los Angeles, and a cynical, ugly desire to divide the City rather than serve it.

Our family statement about today's ugly and hateful news. pic.twitter.com/0fPPXwsS5B

On Monday the City Council President issued a statement to CNN regarding the recording.

“In a moment of intense frustration and anger, I let the situation get the best of me and I hold myself accountable for these comments,” Martinez said. “For that I am sorry.”

De León also released a statement to CNN saying, “On that day, I fell short of the expectations we set for our leaders – and I will hold myself to a higher standard. There were comments made in the context of this meeting that are wholly inappropriate; and I regret appearing to condone and even contribute to certain insensitive comments made about a colleague and his family in private. I’ve reached out to that colleague personally”

“I want to start by apologizing. While I did not engage in the conversation in question, I was present at times during this meeting last year,” Council member Gil Cedillo said in a Sunday statement. “It is my instinct to hold others accountable when they use derogatory or racially divisive language. Clearly, I should have intervened. I failed in holding others and myself to the highest standard. The hurtful and harmful remarks made about my colleague’s son were simply unacceptable. We choose public life, but our families should always be off limits and never part of the political discourse.”

Fourteen of the 15 districts in the Los Angeles City Council are represented by Democrats in a supermajority. John Lee, who represents District 12, is a lone independent. 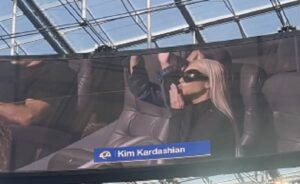