Kim Kardashian has been fined for her involvement in backing cryptocurrency tokens, according to a Monday press release from the United States Securities and Exchange Commission (SEC).

Kardashian reportedly failed to disclose she had received $250,000 by EthereumMax to advertise EMAX tokens which she promoted on her Instagram account. The post contained a link directing users to EthereumMax’s website to purchase EMAX tokens. After the SEC charged Kardashian, she agreed to cooperate with the investigation and settle charges by paying $1.26 million including a $1,000,000 penalty and approximately $260,000 in disgorgement and interest. Kardashian also agreed not to promote any cryptocurrencies for three years, according to the press release.

“This case is a reminder that, when celebrities or influencers endorse investment opportunities, including crypto asset securities, it doesn’t mean that those investment products are right for all investors,” said SEC Chair Gary Gensler. “We encourage investors to consider an investment’s potential risks and opportunities in light of their own financial goals.”

Today we announced charges against Kim Kardashian for promoting a crypto security offered by EthereumMax without disclosing the payment she received for the promotion.

Kardashian agreed to settle the charges, pay $1.26 million, and cooperate with the investigation.

“Ms. Kardashian’s case also serves as a reminder to celebrities and others that the law requires them to disclose to the public when and how much they are paid to promote investing in securities,” Gensler added

“The federal securities laws are clear that any celebrity or other individual who promotes a crypto asset security must disclose the nature, source, and amount of compensation they received in exchange for the promotion,” said Director of the SEC’s Division of Enforcement Gurbir S. Grewal. “Investors are entitled to know whether the publicity of a security is unbiased, and Ms. Kardashian failed to disclose this information.”

In 2017, the SEC released a statement warning of celebrities and others promoting stocks and investments which is unlawful if they fail to disclose the nature, source, and amount of any money received for promotion directly or indirectly by the company for the promotion.

“Celebrities and others have recently promoted investments in Initial Coin Offerings (ICOs),” reads the statement. “In the SEC’s Report of Investigation concerning The DAO, the Commission warned that virtual tokens or coins sold in ICOs may be securities, and those who offer and sell securities in the United States must comply with the federal securities laws.”

Investors should note that celebrity endorsements may appear unbiased, but instead may be part of a paid promotion. Investment decisions should not be based solely on an endorsement by a promoter or other individual. Celebrities who endorse an investment often do not have sufficient expertise to ensure that the investment is appropriate and in compliance with federal securities laws. …  If you are relying on a particular endorsement or recommendation, learn more regarding the relationship between the promoter and the company and consider whether the recommendation is truly independent or a paid promotion.

“When it comes to crypto, remember, many of these are highly speculative assets,” said Gensler in the video. 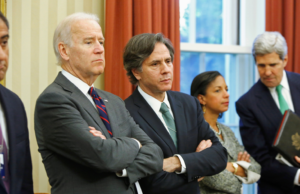 US Exchanges 2 Prisoners For 7 Americans Jailed in Venezuela