Kid Rock has vowed not to show up to play concerts at any venue enforcing vaccine mandates.

“There’s been a lot of talk about vaccine mandates and venues — people saying, ‘I’m not going to that venue because there’s a vaccine mandate,’” Kid Rock said in a video posted on his Facebook page on Thursday.

“If you think I’m going to sit out there and sing ‘Don’t Tell Me How to Live’ and ‘We the People’ while people are holding up their f—ing vaccine cards and wearing masks — that s— ain’t happening,”said of his “Bad Reputation” tour.

Kid Rock said that his team worked to make sure that they did not book shows at venues with mandates in place, but that if some accidentally slipped through, he will not be showing up.

“Trust me, you don’t have to worry about getting your money back because I won’t be showing up either,” he said.

Earlier this week, Kid Rock released a new song with a “Let’s Go, Brandon” chorus, called “We the People.”

We the people in all we do, reserve the right to scream, ‘F-ck you!” the song begins. “Wear your mask, take your pills. Now a whole generation is mentally ill.”

“COVID’s near, it’s coming to town. We gotta act quick, shut our borders down. Joe Biden does, the media embraces. Big Don does it and they call him racist,” the anthem continues. “Inflation’s up, like the minimum wage. So it’s all the same, not a damn thing changed.”

Kid Rock is an outspoken conservative and massive supporter of President Donald Trump.

The performer visited Trump in the Oval Office in 2017 with Sarah Palin and fellow artist Ted Nugent. 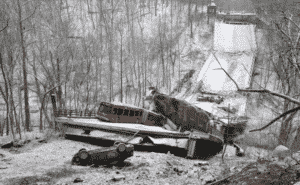