Utah, Texas, and Louisiana have also had their abortion trigger laws halted by the courts.

In Kentucky, the law was temporarily blocked in response to a lawsuit filed by the abortion clinics Planned Parenthood and EMW Women’s Surgical Center.

EMW is represented by the American Civil Liberties Union and ACLU of Kentucky in the lawsuit.

The Human Life Protection Act prohibits abortions in Kentucky unless it is necessary to protect the life of the mother. It was designed to become effective after the Supreme Court overturned Roe v. Wade or an amendment to the US Constitution was made to allow states to determine their own laws regarding abortion before viability.

While criminalizing performing an abortion, it prohibits the prosecution of a woman upon whom an abortion is performed or attempted. According to an advisory from the Attorney General, “the Human Life Protection Act has no application when a pregnant mother suffers a miscarriage. Nor does it prohibit medical treatment to help a mother in this circumstance.”

According to a press release from the ACLU, “the lawsuit argues that the bans violate the rights to privacy, bodily autonomy, and self-determination outlined in sections one and two of the Kentucky Constitution.”

Kentucky Attorney General Daniel Cameron has vowed to fight for the law to be put into place.

“In the wake of an historic victory for life at the nation’s highest court, today, one judge in Kentucky has, without basis in the Kentucky Constitution, allowed two clinics to resume abortions. We cannot let the same mistake that happened in Roe v. Wade, nearly 50 years ago, to be made again in Kentucky. We will be seeking relief from this order,” Cameron said in a statement.

“The U.S. Supreme Court made it abundantly clear in Dobbs that decisions about the protection of life should be decided by the states and the people through their representatives,” the statement continued. “Our General Assembly clearly expressed Kentucky’s support for life by passing the Human Life Protection Act with bipartisan support. We will do everything possible to continue defending this law and to ensure that unborn life is protected in the Commonwealth.”

In 2020, Utah passed S. B. 174, which bans abortions except in cases of rape, incest or severe fetal “brain abnormality.” The bill specifically excludes the removal of miscarriages or ectopic pregnancies from the definition of abortion. Under the law, an abortionist could face up to 15 years in prison and heavy fines for performing the procedure, but the pregnant women would face no penalties.

The order temporarily blocks the law for 14 days.

Lawyers for Planned Parenthood had argued that since the trigger law went into effect, over two dozen women seeking abortions were turned away. They claimed that 28 others are waiting right now, and asked for an injunction so their abortions could be completed. They claimed that every day a woman has to continue a pregnancy they have decided to end “is a substantial harm.”

The law was written so that if Roe v. Wade was overturned, virtually all abortions in the state would be immediately banned, unless the mother is at risk of death or permanent injury.

The judge will hold a hearing on the case July 8 and determine if the law will remain blocked.

The next day, June 28, a Harris County judge granted a temporary restraining order to block enforcement of the Texas trigger law. Just as in the other states, it was brought on in response to a lawsuit by abortion providers.

The TRO will remain in place until the next hearing on July 12. 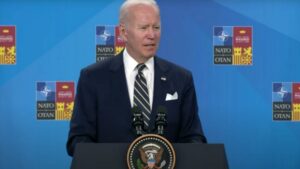