'I believe we have to codify Roe v. Wade in the law,’ the President said

President Joe Biden says he would support ending the filibuster — a Senate rule requiring the vote of at least 60 senators to proceed on an issue — to codify abortion and the right to privacy through Congressional legislation.

Just a week ago, after a Supreme Court decision overturned Roe v. Wade and sent the issue back to the states, Democrats urged Biden to take executive action to protect abortion nationwide. Shortly thereafter, however, Biden admitted in a press conference he had no such authority.

On June 30, he began prodding his Party toward the political “nuclear option.”

“The most important thing … we have to change, I believe, we have to codify Roe v Wade in the law,” he said at a press conference following the G7 and NATO summits. “And the way to do that is to make sure the Congress votes to do that. And if the filibuster gets in the way, it’s like voting rights — it should be (that) we provide an exception to this … requiring an exception to the filibuster for this action to deal with the Supreme Court decision.”

Adhering to the longstanding 60-vote threshold means senators must work together and negotiate on legislation and judicial nominees. Abandoning the filibuster rule means a simple 51-vote majority would be able to proceed on matters before the Senate. And while ending the filibuster can produce a short-term political win, there are potential long-term consequences.

Reid was backed by Democratic colleagues, including Senator Dianne Feinstein (D-Calif.), who said, “I think the level of frustration on the Democratic side has just reached the point where it’s worth the risk.”

Republicans warned that ending the filibuster would not only fracture relationships in Congress, but that it would come back to haunt Democrats in the future when they were the minority party.

“You will no doubt come to regret this, and you may regret it a lot sooner than you think,” said Senate Minority Leader Mitch McConnell (R-Ky.).

Less than a decade later, Republicans — holding a slight Senate majority — used Reid’s decision to justify ending the filibuster to push through the confirmation of Judge Amy Coney Barrett to replace the late Justice Ruth Bader Ginsburg on the Supreme Court.

“The foremost thing we should do is make it clear how outrageous this decision was,” Biden said. “I believe we have to codify Roe v. Wade in the law, and the way to do that is to make sure that Congress votes to do that.”

Shortly after the Supreme Court overturned Roe v. Wade, Biden said that Congress should act to codify abortion federally. But, at the time he did not call for ending the filibuster.

Manchin continues to oppose it, even after the Court’s decision to upend Roe v. Wade. 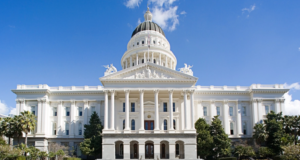