Kentucky Experiences One of its 'Darkest Days’ After Deadly Tornado Outbreak

A local resident captured video of the approaching tornado

Kentucky’s Director of Emergency Management Michael Dossett described the damage caused by tornadoes in his state as “one of the darkest days in the state’s history.”

“This will be one of the most significant, the most extensive disasters that Kentucky has faced,” he said on Saturday.

Dossett said that “all assets,”  including the National Guard, are heading to Western Kentucky, one of the hardest hit areas. He also said that Gov. Andy Beshear had already signed a letter requesting immediate assistance from FEMA and is hoping to get a response by later today.

Dossett urged residents to remain indoors unless in the event of an emergency.

One tornado left a candle factory in Mayfield, Kentucky, “just a pile of rubble,” according to a storm chaser who was nearby in the aftermath of the storm.

“When I got to this area, it was flashing lights in every direction. Trees down, roads impassable. It looked like a war zone.” said storm chaser, Michael Gordon.

There were about 110 people inside the Mayfield Consumer Products factory at the time the tornado hit, Gov. Andy Beshear said during a morning press conference. He said the loss of life in the factory alone was expected to be in the dozens.

Search-and-rescue teams are in the process of going through the rubble.

At a 5 a.m. news conference, Beshear estimated the state’s the death toll may reach between 70 and 100 across five or more counties.

Around 56,000 people were without power in the immediate aftermath of the event.

Beshear made the comments by phone with Louisville station WLKY-TV. He said a single tornado ripped across the state for about 200 miles.

“Last night Western Kentucky experienced some of the worst tornado damage we’ve seen, and we are urging everyone to please stay safe as there are still active cells,” Beshear wrote on Twitter around 2 a.m.

In Madisonville, Kentucky, a freight-train derailment was reported shortly after midnight, due to severe weather. No injuries were immediately reported, a spokeswoman for rail company CSX Corp. told Fox News.

Kentucky resident Kevin Thompson captured video of of the storms approaching at about 11:00 p.m. Friday night. The video was taken while standing on his deck outside his house in Central City, Kentucky.

Tornado sirens can be heard in the background as the dark sky is briefly lit up by flashes of lightning that show the tornado as it approaches the area.

The story is still developing as first responders reach the area and emergency crews and officials assess the extent of the damage and casualty. 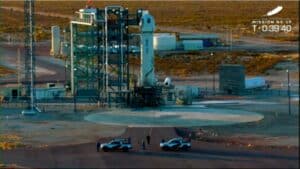