The governor will face Congressman Lee Zeldin in the November election

New York Governor Kathy Hochul will run for her first full term in office after winning the Democratic Primary.

Hochul took over from Governor Andrew Cuomo after he resigned following allegations of sexual harassment. At the time, Hochul had been the state’s lieutenant governor for seven years.

She became the state’s first female governor when she took office in late August of 2021.

With 66% of the votes counted, Hochul has been lauded as the winner of her party’s primary. She secured over 581,580 votes – more than her opponents, Jumaane Willimas and Thomas Suozzi, combined.

“To the women of New York, this one’s for you,” the governor said during her victory speech on June 28. She credited her win to “generations of women who constantly had to bang up against that glass ceiling.”

“It has been the highest honor of my life to serve as your governor for the past ten months,” Hochul told the crowd. “And what a ten months it’s been.”

Since taking office, Hochul has had to address COVID-19 restrictions, major hurricanes, climbing cost of living, and gun violence in the state. Hochul vowed to protect New Yorkers from concealed weapons and defend abortion providers. She denounced President Donald Trump’s influence in her state during her victory speech as well as the Republican Party, which she said would “drag New York backward.”

“We cannot and will not let right-wing extremists set us backwards on all the decades of progress we’ve made, whether it’s a Trump cheerleader running for the governor of the state of New York or Trump’s appointed justices on the Supreme Court,” she said.

Analysts have predicted Zeldin will have a difficult time challenging the incumbent governor, in part because his close ties to Trump may lose him independent voters in the state. The congressman, however, is expected to win support from voters on issues like public safety and education.

“To actually defeat Hochul, who is both far less beloved and reviled than the governor she replaced, Andrew Cuomo, Zeldin will need to soundly defeat her in Long Island and Westchester while drawing hefty support from the diminishing number of upstate conservatives who once powered George Pataki to victory in 1994, when he upset three-term incumbent Mario Cuomo in another disastrous year for Democrats nationally,” notes Ross Barkan of Intelligencer.

“This is a rescue mission to save our state and losing is not an option,” Zeldin told the crowd at his election night party in Nassau County, per The New York Daily News. 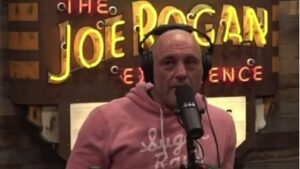