Kari Lake is the projected winner of the Republican primary for the Arizona gubernatorial race.

Lake, a local television news star, had an early lead with her endorsement from former President Donald Trump.

.@KariLake: “We are America First, we have a movement in Arizona unlike anything they’ve ever seen before and we have God on our side.” pic.twitter.com/ilN3zpCARR

Robson was in the lead by a wide margin for several hours after the results began to trickle in. By Wednesday morning, the votes had flipped heavily in Lake’s favor, but it remained “too close to call” until Thursday evening. At 9:52 p.m. EST on August 4, Decision Desk called the race for Lake.

Decision Desk HQ projects Kari Lake (@KariLake) is the winner of the Republican nomination for Governor in Arizona.

This race was being closely watched, in part, as a measure of Trump’s kingmaker power — specifically against his former second-in-command.

Marc Short, a senior Pence adviser, in a text to Politico pointed to Lake’s previous support of former President Barack Obama and the controversies over her previous social media posts, including multiple photos with drag queens. He said that she was “perpetrating a fraud on Arizona Republican primary voters who ultimately will not be distracted by a parade of clowns at the circus.”

In his endorsement, Pence said that Robson is “the best choice for Arizona’s future,” adding that he is “proud to support her.”

Speaking to Timcast reporter Adrian Norman outside a polling location, Phoenix resident Meghan McMackin explained that she was there to vote because with “the state of our country and the state of Arizona, we really just need some great leadership here.”

Asked about her top issues for this election, the non-profit worker cited the border and education.

“I think for me personally, a secure border and education. And just figuring out what is actually being taught in schools,” McMackin said.

#BREAKING | @KariLake is the projected winner of the Arizona GOP Primary according to sources. pic.twitter.com/lnfu7MK8dz

For 27 years, Lake was a top anchor on Fox 10 News in Phoenix. She walked away from her media career to enter politics, according to the biography on her campaign website. She says that she was inspired to do so by Trump.

“My commitment to the great people of this state is to always put Arizona First, just as he put America First,” Lake said in a statement.

Lake was endorsed by the former president in September.

“Few can take on the Fake News Media like Kari,” the statement from Trump read.

Thank you, President Trump, for your endorsement.
This means so much to me because I know how much you love America and how much the people of this country love you!
I promise to fight as hard for the people of Arizona as you have fought for us. pic.twitter.com/KvhYInBH6N

“She is strong on Crime, will protect our Border, Second Amendment, Military, and Vets, and will fight to restore Election Integrity (both past and future!),” Trump continued. “She is against Covid lockdowns, Cancel Culture, and will end ‘woke’ curriculum in our schools. She will do a far better job than RINO Governor Doug Ducey–won’t even be a contest!”

Lake will now face off against Secretary of State Katie Hobbs, who won the Democratic primary, in the November midterm elections. 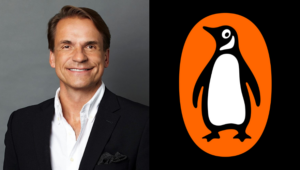 CEO Testifies At Antitrust Hearing Despite Protests From DOJ Lawyers