Kanye West, who now goes by the name Ye, has made a deal to purchase the social media platform Parler.

Ye has recently been censored from social media platforms Twitter and Instagram after posting a series of controversial statements, including implying that Jewish people control the media and entertainment.

The press release began by noting that “Ye has become the richest Black man in history through music and apparel and is taking a bold stance against his recent censorship from Big Tech, using his far-reaching talents to further lead the fight to create a truly non-cancelable environment.”

“In a world where conservative opinions are considered to be controversial we have to make sure we have the right to freely express ourselves,” said Ye in a statement included in Parler’s press release.

The deal with Ye, Parler COO Josh Levine said, “will assure Parler a future role in creating an uncancelable ecosystem where all voices are welcome.”

Parlement Technologies CEO George Farmer said that he “welcomes Ye as a compatriot in the fight for free speech.”

“This deal will change the world, and change the way the world thinks about free speech,” Farmer said. “Ye is making a groundbreaking move into the free speech media space and will never have to fear being removed from social media again. Once again, Ye proves that he is one step ahead of the legacy media narrative. Parlement will be honored to help him achieve his goals.”

Levine said that under the terms of their agreement in principle, “the parties intend to enter into a definitive purchase agreement and expect to close during the fourth quarter of 2022. The terms of the proposed transaction would include ongoing technical support from Parlement and the use of private cloud services via Parlement’s private cloud and data center infrastructure.”

West can be found on Parler here, but has not yet posted anything to his account. 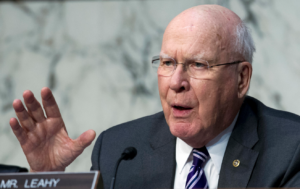