Senator Patrick Leahy of Vermont was hospitalized after not feeling well on the evening of Oct. 13.

Leahy’s office said the senator was taken from his residence in McLean, Virginia to a hospital in the Washington DC area for tests.

“At the recommendation of his doctors, he is expected to remain overnight for observation,” said the senator’s communication director and press secretary David Carle in a statement to the media. “As is our practice, we will offer updates as warranted.”

The 82-year-old Democrat is the longest-serving sitting senator. At the completion of his current term, Leahy will have served in the Senate for 48 years. He is not seeking reelection.

Leahy has had other health concerns in recent years. He underwent two surgeries this summer after breaking his hip after a fall in June. He was hospitalized in January of 2021 after saying he was not feeling well hours after he began presiding over President Donald Trump’s second impeachment trial.

According to AP News, “Leahy is the last of the so-called Watergate babies, the surge of congressional Democrats elected in 1974 after Republican President Richard Nixon resigned to avoid impeachment.”

While announcing his intention to retire in November of 2021, Leahy said he and his wife felt “it is time to pass the torch to the next Vermonter who will carry on this work for our great state.”

“It’s time to come home,” he told reporters at a press conference in Montpelier. “I know I have been there for my state when I was needed most. I know I have taken our best ideas and helped them grow. I brought Vermont’s voice to the United States Senate and Vermont values across the world.”

Leahy is known for his love of Batman and The Grateful Dead. He has appeared in five Batman movies including 2008’s “The Dark Knight.”

Malloy’s campaign relies heavily on grassroots efforts to reach voters and a concentration on defining core values – limited government, free-market capitalism, and a conservative reading of the Constitution, per Vermont Public Radio.

He has also advocated for incentivizing companies to move to Vermont, for the construction of a wall on the US-Mexico border, and for an increase in law enforcement funding.

“I’m talking about fiscal responsibility,” Malloy told VPR. “And getting back to what I believe is the intent of the founding fathers with the Constitution — to have less government, less spending, less control, just enough order so that we can all can enjoy the liberty, freedom and rights of the Constitution.”

Welch was first elected to the House of Representatives in 2006. The 75-year-old easily secured his party’s nomination for the Senate during the August primary with just over 87% of the vote. When announcing his campaign in 2021, Welch promised voters he would fight for more affordable health care, paid family leave and environmental protections.

“We are at a pivotal moment,” said Welch. “Vermont families are struggling through multiple crises: a global pandemic, the consequences of climate change, and a racial reckoning generations in the making.”

Welch’s decision to campaign for US Senate opened his congressional seat, adding to the political shuffling Vermont is experiencing during the 2022 midterm elections. 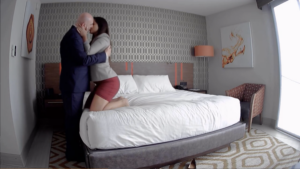