The plan is supported by both political parties in the state

A unique plan aimed at fighting the impact of increasing inflation has gained bipartisan support in Kansas, a state with the second-highest food sales tax in the United States.

Only seven states tax the sale of food. The “Axe The Food Tax” Plan would remove the state’s 6.5% sales tax, resulting in Kansas families of four or more people saving an estimated $500 annually.

Mississippi has the nation’s highest food tax at 7%. A majority of the states that tax food offer rebates or credits for low-income households.

Democrat Governor Laura Kelly introduced the plan, which will be considered during a legislative session in January of 2022.

“For too long, Kansans have been paying more for groceries than people in almost every other state,” Kelly said in her announcement. “This legislation will save the average Kansas family $500 dollars or more a year on their grocery bill; and thanks to the fiscally responsible decisions we made before and during the pandemic, we can cut the food sales tax and keep Kansas’ budget intact. This tax cut will put money back in Kansans’ pockets and create real savings for those who need it most.”

Lieutenant Governor and Commerce Secretary David Toland said, “This bill will not only support our families, but also our many hardworking businesses by keeping Kansans from going across the border to buy their groceries.”

Republican Attorney General Derek Schmidt also spoke out in favor of the plan.

“More than 350,000 Kansans are facing food insecurity, 12.1 percent of Kansans,” reports the McPherson News-Ledger. “This rate is higher than the national average of 10.9 percent.”

“We do need to eliminate or drastically reduce the sales tax on food, just like we need to address all the other high taxes Kansas has,” Trabert said told Topeka WIBW-TV. “But the only way you get there is by spending less to provide the same or better quality of service.”

If the plan is adopted, Kansas would lose about $450 million dollars in annual revenue. 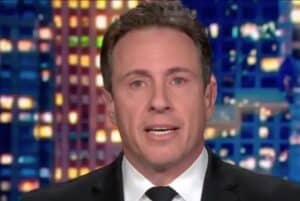