Kansas will maintain its current abortion laws after voters rejected a proposed amendment stating there was no protected right to abortion.

Critics of the amendment said the policy would open the door for the Republican-led legislature to enact a total ban on abortion.

“Kansans stood up for fundamental rights today. We rejected divisive legislation that jeopardized our economic future & put women’s health care access at risk,” Governor Laura Kelly said on Twitter. “Together, we’ll continue to make incredible strides to make KS the best state in the nation to live freely & do business.”

Kansas is now the first state to vote on an abortion rights referendum since Roe v. Wade was overturned. Under current state law, abortion is prohibited after 22 weeks of pregnancy.

Roughly 59% of voters opposed the measure during the state’s primary – significantly surpassing the 41% of people who supported the amendment, per NPR.

The New York Post reports that opponents and proponents of the amendment – including abortion providers and some Catholic organizations – spent a combined $14 million lobbying voters prior to Aug. 3.

The now defeated policy, known as the Value Them Both Amendment, states:

“Because Kansans value both women and children, the constitution of the state of Kansas does not require government funding of abortion and does not create or secure a right to abortion. To the extent permitted by the constitution of the United States, the people, through their elected state representatives and state senators, may pass laws regarding abortion, including, but not limited to, laws that account for circumstances of pregnancy resulting from rape or incest, or circumstances of necessity to save the life of the mother.”

Brittany Jones, director of policy and engagement at Kansas Family Voice, told ABC News that the amendment was “absolutely not a ban on abortion.”

“It’s all about protecting our more than 20-plus regulations that actually are saving lives and helping moms and babies,” Jones said.

In 2019, the Kansas Supreme Court ruled against that a ban on surgical abortions following a 6-1 vote. The court found that section one of the state’s constitution “protects all Kansans’ natural right of personal autonomy, which includes the right to control one’s own body, to assert bodily integrity, and to exercise self-determination” and said that protection applied to women opting to abort a pregnancy.

Kansas voters opted not to overturn the ruling and to retain the state’s current status quo.

President Joe Biden praised voters for going to the polls “in record numbers to reject extreme efforts to amend the state constitution to take away a woman’s right to choose and open the door for a state-wide ban.”

“This vote makes clear what we know: the majority of Americans agree that women should have access to abortion and should have the right to make their own health care decisions,” he said in a statement released by the White House. “Congress should listen to the will of the American people and restore the protections of Roe as federal law.”

Four states – Alabama, Louisiana, Tennessee and West Virginia – have constitutional amendments that prohibit protections for abortion rights, with some including limited exceptions.

California, Vermont, Kentucky and Montana will all include abortion-related initiatives on their ballots in November. 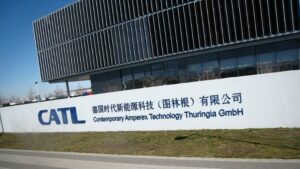