House Speaker's Trip Has Soured Relations Between the US and China

Contemporary Amperex Technology Co. Ltd (CATL) was considering one location in the U.S. and two other locations in Mexico near the Texas border for the plants.

CATL, a global leader in lithium-ion battery development, was set to make a $5 billion investment in the project, which would produce batteries for electric vehicles (EVs) for multiple automobile manufacturers, including Tesla, Inc., BMW, and Ford Motor Co.

The company had recently announced an agreement with Ford to supply battery packs for Ford’s Mustang Mach E-s, and its F-150 Lightning truck.

After Pelosi’s visit to Taiwan soured U.S.-China relations, CATL is not planning to wait until September or October to make the announcement, according to Bloomberg.

A statement from China’s Ministry of Foreign Affairs called Pelosi’s trip “a serious violation of the one-China principle” and that it had a severe impact on China-U.S. relations.

“It gravely undermines peace and stability across the Taiwan Strait, and sends a seriously wrong signal to the separatist forces for ‘Taiwan independence,’” Chinese officials wrote. “China firmly opposes and sternly condemns this, and has made serious démarche and strong protest to the United States.”

The White House announced plans earlier in the year to invest more than $3 billion into domestic EV manufacturing. The plan would not only boost production, but also establish recycling facilities.

Grants for the programs would be funded through the trillion-dollar bipartisan infrastructure bill.

CATL has been ranked number one globally in battery consumption volume for five straight years, and is a member of the World Economic Forum’s Global Lighthouse Network, according to the company’s website.

CATL’s headquarters are located in Fujian, across the Taiwan Strait. Chinese officials closed Fujian airspace, sent army tanks to Fujian beach, and conducted live-fire drills in waters near Fujian ahead of Pelosi’s visit. 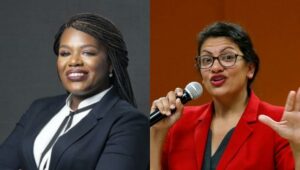