Vice President Kamala Harris is warning that parents should start their Christmas shopping now due to supply change disruptions across the globe.

Harris made the comments during a roundtable with business leaders in Singapore over the weekend.

“The stories that we are now hearing about the caution that if you want to have Christmas toys for your children, it might now be might be the time to start buying them, because the delay may be many, many months,” Harris said. “So across the board, people are experiencing the issue.”

Harris asserted that the disruptions are being fueled by the “climate crisis.”

“And, of course, the climate crisis is fueling a lot of this. When we look at the stronger typhoons that have disrupted shipping lanes and sea-level rise, which threatens port infrastructure as an example. So these are the many issues that are causing these disruptions,” she said.

The vice president avoided discussing the ongoing crisis in Afghanistan.

A blog published on the White House website in June said that “there is evidence indicating that the current disruptions are likely to be mostly transitory. Indices of current delivery times are at record highs in surveys of manufacturers by three regional Federal Reserve Banks, but Fed indices for future delivery times are in their typical ranges. While current indices report conditions at the time of the survey, the future indices report expectations about conditions in six months. Taken together, the data suggest that manufacturers anticipate current supply-chain issues will have abated within six months or so.”

“She’s coming to California to help soon to be recalled, Governor Newsom. And the problem is, is she’s the most unpopular and really, in my opinion, the most unqualified person to serve as vice president. What can she offer to people in California? I’ll tell you right now, she’s known, for one thing, the failure at the southern border and that southern border failure has impacted California. And this state is a total disaster. That is why Newsom is in trouble,” he added. 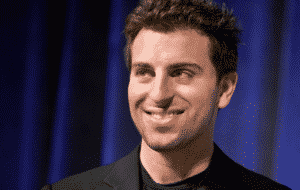