The Justice Department announced on Sunday that they will be conducting an investigation into the police response to the shooting at Robb Elementary School in Uvalde.

The formal investigation was requested by Uvalde Mayor Don McLaughlin.

“At the request of Uvalde Mayor Don McLaughlin, the U.S. Department of Justice will conduct a Critical Incident Review of the law enforcement response to the mass shooting in Uvalde, Texas, on May 24,” DOJ spokesman Anthony Coley said in a statement.

“The goal of the review is to provide an independent account of law enforcement actions and responses that day, and to identify lessons learned and best practices to help first responders prepare for and respond to active shooter events. The review will be conducted with the Department’s Office of Community Oriented Policing,” the statement continued.

The department added that, “as with prior Justice Department after-action reviews of mass shootings and other critical incidents, this assessment will be fair, transparent, and independent. The Justice Department will publish a report with its findings at the conclusion of its review.”

There has been widespread criticism of the police response as the shooter was locked in the classroom with victims for approximately 50 minutes while nineteen law enforcement officers were holding back outside the room.

Local law enforcement also reportedly stopped a Border Patrol tactical team from going in and stopping the shooter upon their arrival. They eventually ignored the local police, went in anyways, and fatally shot the 18-year-old mass murderer.

One little girl was inside the room, still alive, but bleeding out, during the ordeal. She later died at the hospital, leaving many questioning if she would still be alive if police had acted sooner.

Children were also calling 9-1-1 pleading for help, as police allowed the rampage to continue while threatening to arrest, pepper spray, and taser the frantic parents gathered outside.

This video make so much more sense now. The cops literally stopped parents from helping their kids. pic.twitter.com/zhQfUjlpjd https://t.co/DqgZUH3uCC

CNN noted that “the response by law enforcement in Uvalde ran contrary to commonly taught active shooter protocol, established after the Columbine school shooting of 1999, to stop the shooter as quickly as possible and even bypass helping the injured.”

Speaking at a press conference on Friday, Gov. Abbott said that he had been “misled” by law enforcement about what happened during that tragic hour. He had previously praised the police for their quick response.

“I was on this very stage two days ago, and I was telling the public information that had been told to me [by law enforcement]” he said. “As everybody has learned, the information I was given turned out in part to be inaccurate. I was absolutely livid about that.”

Abbott on police failing to tell the truth: “I’m absolutely livid about that…law enforcement leaders that are leading the investigations…[will] get to the bottom of every fact with absolute certainty. There are people who deserves answers the most & those are the families” pic.twitter.com/aZxA2w6Dst

“There are people who deserve answers the most, and those are the families whose lives have been destroyed. They need answers that are accurate. It is inexcusable that they may have suffered from any inaccurate information whatsoever,” the governor continued.

When questioned about the response by CNN’s Wolf Blitzer, Texas Department of Public Safety Lt. Chris Olivarez said that police were reluctant to engage the killer because they “could have been shot.”

“Don’t current best practices, don’t they call for officers to disable a shooter as quickly as possible, regardless of how many officers are actually on site?” Blitzer asked Olivarez.

The official explained that though the police were in the building quickly, they heard gunfire and decided to wait for a tactical team to arrive while isolating the killer to the classroom that he was in, with the victims.

“The active shooter situation, you want to stop the killing, you want to preserve life, but also one thing that – of course, the American people need to understand — that officers are making entry into this building. They do not know where the gunman is. They are hearing gunshots. They are receiving gunshots,” the DPS official said. 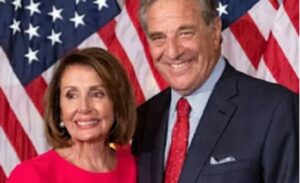