The U.S. Department of Justice on Aug. 29 told a judge that it has completed its review of documents seized from former President Trump’s home in Palm Beach, Florida.

DOJ lawyers acknowledged completion of the review just one week after Trump’s lawyers filed a lawsuit seeking to block FBI and DOJ officials from reviewing the material. The same filing also sought the appointment of a special master to review the documents.

The DOJ’s filing also acknowledges receipt of District Judge Aileen Cannon’s order from two days prior, stating she was “leaning towards granting a request from Trump’s legal team to appoint a special master to intervene in the ongoing review of documents seized from Mar-a-Lago,” according to ABC News.

A “filter team” used by the Justice Department and the Office of the Director of National Intelligence is sorting through the documents and conducting a classification review of the documents to weed out anything that should not be seen by criminal investigators.

That team, according to the filing, identified a limited set of materials that may contain attorney-client privilege information.

The DOJ says that it will disclose more information later this week.

A hearing has been set for Thursday, Sept. 1, in a federal court in Florida. 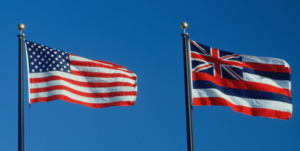