Over 500 applications for carry permits are awaiting review

More than 500 applications have been filed with the government of Hawaii after a Supreme Court decision triggered a revision of the state’s firearm regulations.

The nation’s highest court ruled in its June decision in New York State Rifle & Pistol Association v. Bruen that requiring individuals applying for a permit to carry a gun to demonstrate “proper cause” violates their Second and Fourteenth Amendment rights.

Hawaii was one of six states that the Supreme Court noted has “may issue” licensing laws that were similar to those of New York.

In the past, applicants needed to be granted police permission to carry a loaded gun in public places. The Honolulu Police Department typically receives three or four carry permit applications each year. As of late August, the department has reportedly received 333 applications.

A spokesperson for the HPD told KHON2 that the department was “still reviewing the forms and procedures to ensure compliance” and that “once the new process is finalized, a letter will be sent to the applicants notifying them of the new procedures.”

“We just don’t want to go out there and say, ‘Okay, the law changed in New York, so let’s start issuing permits to carry for any application coming in.’ We need to make sure that we do our due diligence,” said Hawaii County Police Chief Paul Ferreira.

“Following Bruen, the chiefs of police may not constitutionally restrict both concealed and unconcealed (open) carry licenses only to those who demonstrate a ‘special need,’” Shikada wrote.

The attorney general advised that the state could not longer enforce statutes that required applicants to “show reason to fear injury to the applicantʻs person or property in order to obtain a concealed carry license.”

Kainoa Kaku, the president of the Hawaii Rifle Association, told AP News he had never before applied for a permit to carry a gun because he believed it would be a waste of time and money.

“I never saw the point,” he said. Kaku has also been frustrated that state officials have not already clarified and reissued new rules regarding concealed and open carry regulations in the two months since the Court’s ruling. 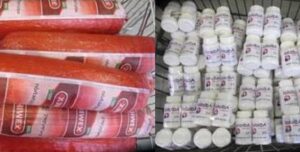