Justice Amy Coney Barrett Responds to Pro-Abortion Protester, Says She is Used to Outbursts Because She Has Seven Children

Justice Amy Coney Barrett responded to a pro-abortion heckler during an appearance at the Ronald Reagan Presidential Library by saying that she has seven children and is therefore used to “distractions and sometimes even outbursts.”

Justice Barrett was discussing the aggressive media coverage during her nomination when the protester, later identified as Luna Hernandez of the Revolutionary Communist Party, began shouting from the crowd.

“Amy Coney Barrett, you are an enslaver of women,” the woman yelled, interrupting the event.

“As a mother of seven, I am used to distractions — and sometimes even outbursts,” Barrett responded, laughing it off.

In a press release about the protest, Hernandez called Justice Barrett’s response “infantilizing.”

“Women are not children. When I said that forced motherhood is female enslavement, I was not having a ‘childish outburst,’” she said in the press release published by the Revolutionary Communist Party’s sub-group “RiseUp4AbortionRights.”

SCOTUS poised to rip away #AbortionRights Only the people can stop this! Into the streets!

The Supreme Court will soon be ruling on Dobbs v. Jackson Women’s Health Organization, which directly challenge Roe v. Wade — the decision that made abortion legal on a federal level.

Pro-life activists have been hopeful that the conservative-majority court will vote to overturn the 1973 decision.

During a hearing in December, Justice Barrett said stare decisis was not an “inexorable command” and that, “there are some circumstances in which overruling is possible.”

Justice Kavanaugh has also seemed “sympathetic” to the view that abortion issues are best left to the states, according to a report from The Hill. 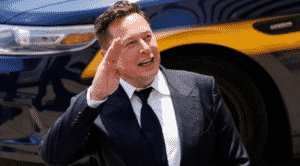