While the organization supports the center, they say on their website that it should be constructed outside of the established park. They have compiled a plan for the center to be built on the city’s South Side — ideally, the Washington Park neighborhood. They have also called for an Environmental Impact Statement or an extensive review of the effect of the project on the park and surrounding area.

In May 0f 2015, President Barack Obama announced his center would be built in Chicago. The Chicago Park District had made transferring the Jackson Park land to the Obama Foundation possible several months before.

Protect Our Parks filed their first lawsuit regarding the project in 2018 where a federal judge declined to halt the construction. The nonprofit went to the U. S. Court of Appeals for the Seventh Circuit in March of 2020.

The District Court of the Northern District of Illinois heard oral arguments this July. District Court Judge John Robert Blakey then denied the nonprofit’s motion for the preliminary injunction in early August.

The organization’s motion for an emergency stay argued that “the groundbreaking should be stopped because the trees in Jackson Park, which was designed in 1871 by the famed landscape architect Frederick Law Olmsted, are important for migratory birds, in addition to raising concerns about noise and air pollution.”

“Barrett’s role as a Supreme Court justice allows her to respond unilaterally to emergency matters stemming from the U.S. Court of Appeals for the 7th Circuit,” per The Washington Examiner.

The Obama Presidential Center will be nearby the University of Chicago campus as a commemoration of where he began his political career. It is expected to be fully digitized and cost $500 million.

“On Monday, August 16 the Obama Foundation officially began construction of the Obama Presidential Center in Jackson Park and we are excited to bring this historic project to the city of Chicago,” an Obama Foundation spokesperson told The Hill.

In a statement to NBC, Protect Our Parks said, “We still believe that preserving the status quo is fundamental to preventing irreparable harm in Jackson Park. Nonetheless, our core arguments seek to protect the long-term environmental and historical resources in Jackson Park, and we look forward to presenting our evidence and these arguments in the appellate and district court in the coming weeks.” 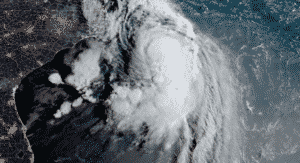