The storm's rainfall has caused serious flooding throughout New England

The National Hurricane Center reported that by 8 p.m. the storm was centered near Hartford, Connecticut. They projected the storm would lessen to a tropical depression before fully dissipating on Monday.

The hurricane center said parts of Long Island, New England, eastern New York, and northeast Pennsylvania should expect to flood over the next few days.

In the days before its arrival, the storm was already soaking the Northeast. Saturday was the wettest day in seven years in New York City. Additionally, the National Weather Service noted that 1.94 inches fell in Central Park from 10 to 11 p.m., making it the wettest hour in the city’s history.

More than 140,000 homes lost power because of Henri. The intense rain closed bridges and roads across the region.

Rhode Island Governor Dan McKee said restoring power was a top priority as temperatures are expected to reach 90 degrees by Tuesday. Over a quarter of the state’s population — an estimated 300,000 people — could lose power before the storm passes.

“Yesterday I asked you to prepare for the storm; today I’m asking you to stay home. If you venture out, you are not only putting your own life at risk, but you are endangering first responders,” he said to Rhode Island residents in a public statement.

“We’re doing everything we can now to help those states prepare, respond and recover,” he said in a statement on Sunday.

According to CNBC, “beach towns from the Hamptons on Long Island to Cape Cod in Massachusetts exhaled from being spared the worst of the potential damage Sunday. Other areas of New England awaited the storm’s return.”

While initially called a Category 1 hurricane, the storm’s wind slowed significantly and was recategorized as a Tropical Storm because its winds were between 39 MPH and 73 MPH.

Henri is expected to slow near the Connecticut-New York state line, then move east before retreating over the Atlantic Ocean. 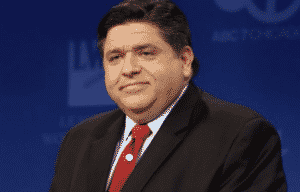