The Illinois Appellate Court has ordered Jussie Smollett be released from jail as he appeals his sentence.

Smollett only spent six nights behind bars before being released.

Last week, Smollett was sentenced to 150 days in jail and 30 days of probation for five felony counts of disorderly conduct by lying to police about being the victim of a hate crime. He was also ordered to pay $120,000 restitution to the city.

“You’re just a charlatan pretending to be a victim of a hate crime,” Judge James Linn told the actor during his sentencing on March 10.

Jussie Smollett after the sentencing: “I am not suicidal. If anything happens to me when I go in there, you must all know that.” pic.twitter.com/xe2wYpQJ4O

According to a report from Chicago station WGN9, “Smollett walked out of the Cook County Jail Wednesday evening after spending six nights behind bars, surrounded by security, and did not comment as he got into an awaiting SUV.”

Smollett’s legal team had argued that his sentence would be completed by the time the appeal made its way through the court system and that the actor could be in danger in the Cook County Jail. 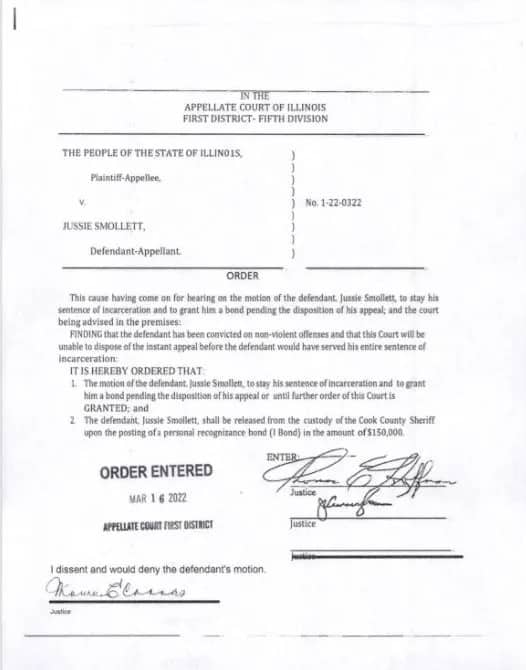 Smollett was being held in protective custody at the jail, which the special prosecutor argued meant that he was not in any danger of being harmed.

In January 2019, Smollett went viral for claiming that he had been the victim of a racist and homophobic attack in Chicago by two masked men who poured bleach on him and put a noose around his neck while shouting, “this is MAGA country!” He said that at least one of them was white.

The court found that Smollett had planned the staged attack with two Nigerian brothers, Abimbola and Olabinjo Osundairo, who he paid for their efforts.

Smollett was released on a personal recognizance bond. 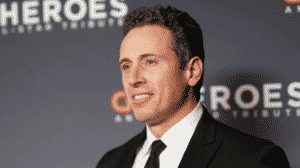