Cuomo was an anchor on Cuomo Prime Time, a news analysis showed that aired weeknight on CNN.

His brother, Governor Andrew Cuomo, resigned in August of 2021 after a number of women accused him of sexual harassment. Speculation soon followed regarding the TV anchor’s awareness and involvement with his brother during the ensuing investigation.

Cuomo was suspended and ultimately fired by CNN in December 2021.

“Chris Cuomo was suspended earlier this week pending further evaluation of new information that came to light about his involvement with his brother’s defense,” the network said in a statement. CNN also said it worked with a law firm to review Cuomo’s conduct before terminating him.

“While in the process of that review, additional information has come to light,” CNN said. “Despite the termination, we will investigate as appropriate.”

On March 16, lawyers for Cuomo said they were requesting the multi-million dollar payment as part of an arbitration award.

“It should, by now, be obvious to everyone that Chris Cuomo did not lie to CNN about helping his brother,” Bryan Freedman, who represents Cuomo, said in a statement, per NBC.

Freedman added: “In fact, as the limited information released from WarnerMedia’s investigation makes clear, CNN’s highest-level executives not only knew about Chris’s involvement in helping his brother but also actively assisted the Governor, both through Chris and directly themselves.”

Freedman said his client was used as a “scapegoat” when CNN’s efforts to increase its ratings were “called into question.”

“The legal action filed today makes clear that CNN wrongfully terminated Chris and further violated the express terms of his employment agreement by allowing its employees to disparage him,” Freedman said. “Chris is owed a full apology from those responsible.”

According to legal filings, the amount Cuomo and his team are seeking was calculated on “lost back pay, bonuses and future earnings” as well as compensation for damage done to his reputation by his former boss, Jeff Zucker.

“Cuomo has had his journalistic integrity unjustifiably smeared, making it difficult if not impossible for Cuomo to find similar work in the future,” state court documents.

Zucker has since also been fired from CNN.

The network will now need to respond to the filing and either affirm or deny that there is a need for arbitration. 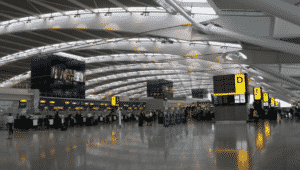