In 2017 Spacey was accused of sexually assaulting Rapp, who was 14-years-old, in 1986. After Rapp’s allegation was brought to trial this year, jurors found the accuser had failed to prove his case after deliberating for over an hour. Spacey reportedly dropped his head, hugged his lawyers and and remained silent passing reporters as he exited the courthouse, the Associated Press reported.

“We’re very grateful to the jury for seeing through these false allegations,” said his attorney, Jennifer Keller, who confidently declared her client would be proven innocent regarding other sexual misconduct claims against Spacey including criminal charges in England.

A New York jury found Anthony Rapp did not prove his allegations against Kevin Spacey.

According to Rapp, Spacey reportedly invited the 14-year-old to his apartment for a party and briefly laid on top of him on a bed after guests had left. Rapp reported he was able to escape Spacey’s alleged sexual advance and fled the apartment. Besides the apparent lack of a convincing argument from Rapp, Spacey reportedly defended himself by arguing he wouldn’t have been attracted to someone who was 14-years-old, the outlet reported.

Spacey was previously accused of groping a man in a Massachusetts bar though the allegation was later dropped by prosecutors.

“I have a lot of respect and admiration for Anthony Rapp as an actor. I’m beyond horrified to hear his story,” said Spacey shortly after Rapp’s allegation in 2017. “I honestly do not remember the encounter, it would have been over 30 years ago. But if I did behave then as he describes, I owe him the sincerest apology for what would have been deeply inappropriate drunken behavior, and I am sorry for the feelings he describes having carried with him all these years.”

Spacey continued his statement revealing he was a gay man:

This story has encouraged me to address other things about my life. I know that there are stories out there about me and that some have been fueled by the fact that I have been so protective of my privacy. As those closest to me know, in my life I have had relationships with both men and women. I have loved and had romantic encounters with men throughout my life, and I choose now to live as a gay man. I want to deal with this honestly and openly and that starts with examining my own behavior.

Rapp and his legal team had criticized Spacey for not revealing he was gay prior to the allegation, claiming homophobia contributed to Rapp’s career stalling. Spacey claimed his father was allegedly a neo-Nazi and white supremacist which dissuaded the actor from revealing his sexual orientation earlier in his life citing his father had become suspicious because of his interest in theatre. 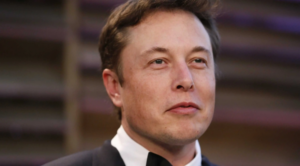