Nikolas Cruz pleaded guilty to 17 counts of murder in 2021

Nikolas Cruz will be sentenced to life in prison without the possibility of parole for killing 17 people during a mass shooting at Marjorie Stoneman Douglas High School in February of 2018.

The jury deliberated for seven hours over the course of two days. Cruz had already pleaded guilty to 17 counts of murder in October of 2021. There were also 17 people injured in the shooting.

The trial to determine if Cruz would be given the death sentence began on July 18. Because Florida law requires a unanimous vote for a death sentence to be given, the 12 members of the jury had to vote on each individual count. Cruz would have only been sentenced to death if the jury unanimously voted for the sentence 17 times.

The jury recommended life without the possibility of parole for all 17 counts against Cruz. The jury did affirm that there were aggravating factors that warranted the death penalty. However, they found those factors did not outweight the mitigating circumstances presented by the defense.

Circuit Judge Elizabeth Scherer will not formally issue a sentence until Nov. 1 following a motion from the prosecution, which requested those impacted by Cruz’s killings be allowed to make victim impact statements as permitted by the Florida Constitution, per NBC News.

During the trial, the jury heard from teachers and a fetal alcohol researcher who testified about Cruz’s mental and emotional state as well as the impact of his childhood and his biological mother’s substance abuse while pregnant with him. Cruz’s defense team argued the mitigating circumstances of his life led to the shooting and should prevent him from being given the death sentence.

Prosecutors presented the jury with cellphone footage from inside the school during Cruz’s attack where the sounds of alarms, gunfire, and screams could be heard. They presented evidence that Cruz had planned the attack and that the murders were “cold, calculated, manipulative and deadly.” The jury heard from parents and family members of the victims who detailed their experience and the aftermath of the shooting.

The jury was also taken to the building where the shooting occurred, which had been sealed and preserved as evidence. Cruz fired a total of 139 shots throughout the multistory building. Only students’ personal items, including backpacks, and the bodies of the 14 students and three teachers killed had been removed from the building. It has been slated for demolition by the school district now that the trial has been completed.

The jury’s decision was poorly received by a number of Twitter users.

Nothing can bring back the murdered teenagers of Parkland, but today's jury verdict brought back all of the anger, pain, and suffering for their loved ones.

Apparently you can kill 17 people and it’s just not enough for the death penalty. Now these same families’ tax dollars get to support him for life. Absolutely disgusting. #parkland #parklandverdict

The parkland verdict tells would be school shooters that if you have a big enough sob story, you won't get the death penalty.

If Nikolas Cruz doesn’t get the death penalty, I don’t understand why it even exists. #Parkland #Parklandtrial #Verdict #VerdictWatch

This jury in the Parkland Shooting trial should be ashamed. If Nikolas Cruz doesn't deserve the death penalty then nobody does, ever. 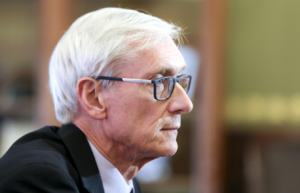