Jurors serving on Nikolas Cruz’s sentencing trial will be bused to Marjory Stoneman Douglas High School, the scene of the 2018 shooting that killed 17 people.

Cruz pleaded guilty to 17 counts of murder in October of 2021. The current trial will determine if he is sentenced to life in prison without parole or death. Cruz can only be put on death row if the jury unanimously agrees to capital punishment for each individual count.

On Aug. 4, the jury will be accompanied by heavy security detail and driven from the Broward County Courthouse in downtown Fort Lauderdale to the school which is approximately 30 miles away.

In addition to the seven men and five women on the jury, 10 alternate jurors will tour the school.

The building and the surrounding area will reportedly be sealed off by law enforcement. The Associated Press reports that aircraft “may be barred from flying overhead to prevent protesters from interrupting the proceedings and to protect the jurors’ safety.”

The building was sealed and sectioned off from the rest of the campus by a chain-link fence after the shooting. While the school district has plans to tear the building down, the building has been preserved as a court exhibit.

Only the bodies of the 14 students and three teachers who were killed and students’ personal items, including backpacks, were removed from the school following the Feb. 14 mass shooting.

Jurors are expected to see bulletholes, shattered doors, and bloodstains throughout the school as well as ruined Valentine’s Day items – dead flowers and deflated balloons – that were left behind.

While inside the school, the jurors will wear shoe coverings and be largely unescorted, taken to each floor by bailiffs. They have been instructed to use the tour to help them analyze the evidence presented at trial. They will not be permitted to touch or photograph anything inside the school and they have been banned from discussing what they see with each other.

Circuit Judge Elizabeth Scherer will also attend the tour as will prosecutors and lawyers for the defendant.

Cruz’s attorneys had argued that the tour was unnecessary as he had already confessed and entered a guilty plea – eliminating the need for the prosecution to prove his guilt.

The prosecution maintains that seeing the building in person could prove to the jury that the crime was committed with what the state’s capital punishment laws define as aggravating factors. The state contends Cruz’s actions were cold, calculated, heinous and cruel, that he created a great risk of death for a large group of people, and “interfered with a government function.”

When the jurors are back in court, they will hear victim impact statements from Peter Wang, 15, Helena Ramsey, 17, and Christopher Hixon, 49. The group has already been shown the AR-15 rifle Cruz used during the attack and heard testimony that Cruz fled the scene by blending in with students who were being evacuated.

“Prosecutors have so far called more than 80 witnesses in the sentencing phase of Cruz’s trial,” per UPI

In addition to the 17 fatalities, 17 additional people were injured during the shooting. 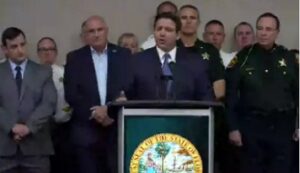