On Monday, an Ohio judge reversed a previous decision requiring a hospital to give patients ivermectin to treat COVID-19.

“There can be no doubt that the medical and scientific communities do not support the use of ivermectin as a treatment for Covid-19,” Hamilton County Common Pleas Judge Michael A. Oster Jr. wrote, citing warnings from the FDA, CDC, and other medical organizations.

Julie Smith, the wife of the patient, Jeffrey Smith, sued West Chester Hospital in an attempt to require doctors to use ivermectin, a Nobel Prize-winning drug with “indicated efficacy against a new global scourge,” according to one study.

“While this court is sympathetic to the plaintiff and understands the idea of wanting to do anything to help her loved one, public policy should not and does not support allowing physicians to try ‘any’ type of treatment on human beings,” the judge wrote.

NBC News reported, “Jeffrey Smith, 51, tested positive for the virus on July 9 and was admitted to West Chester Hospital nearly a week later, according to court documents. He was intubated on Aug. 1, and by Aug. 19 his chances of survival had dipped below 30 percent.”

“Julie Smith demanded that the hospital administer ivermectin, but doctors refused,” NBC News continued. “The medication had been prescribed by Dr. Fred Wagshul, a pulmonologist unaffiliated with West Chester who advocates for the use of ivermectin for Covid-19 and once told the Ohio Capital Journal that not using it was like ‘genocide.’”

Despite the recent ruling, Smith’s attorney, Ralph Lorigo, views their lawsuit as a victory.

“He said Jeffrey Smith obtained 13-days’ worth of ivermectin, and the hospital has since told Julie Smith that they’re ready to begin to ween him off the ventilator,” per WBNS-TV in Columbus, Ohio.

“Julie has won this case; I don’t care what this judge says,” Lorigo said in an interview. “We are believers he’s going to survive because of ivermectin. This is a man who has been helped by the medication, and this is a judge who just doesn’t get it right.”

The ruling comes after a recent review of 14 ivermectin studies found that “evidence does not support the use of ivermectin for treatment or prevention of COVID‐19 outside of well‐designed randomized trials.”

“There is great interest in repurposing well-known inexpensive drugs such as ivermectin that are readily available as an oral tablet,” Maria Popp and Stephanie Weibel, the authors of the review, said in an email to The New York Times. “Even if these circumstances seem ideal, the results from the available clinical studies carried out so far cannot confirm the widely advertised benefits.”

According to The Times, “One of the largest trials studying ivermectin for Covid-19 treatment, called the Together Trial, was halted by the data safety monitoring board on Aug. 6 because the drug had been shown to be no better than a placebo at preventing hospitalization or prolonged stay in the emergency room. Dr. Edward Mills, a professor at McMaster University who led the study, which enrolled more than 1,300 patients, said the team would have discontinued it earlier were it not for the level of public interest in ivermectin.”

“The data safety person said, ‘This is now futile and you’re offering no benefit to patients involved in the trial,’” Dr. Mills said.

However, a contrasting evaluation claims ivermectin should “be used in both the prevention and treatment of all phases of COVID-19 in both vaccinated and unvaccinated populations,” according to the non-profit Front Line COVID-19 Critical Care Alliance (FLCCC).

Editor’s Note: This article has been updated to include a statement from Smith’s attorney, Ralph Lorigo, as well as a reference to FLCCC’s evaluation of the efficacy of ivermectin to treat COVID-19. 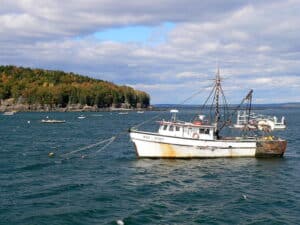