Minnesota can no longer require that both parents of minors seeking an abortion be notified. The ruling also prevents the state from requiring all abortions during the second trimester or later be performed in hospitals and from requiring only physicians to perform abortions.

“These abortion laws violate the right to privacy because they infringe upon the fundamental right under the Minnesota Constitution to access abortion care and do not withstand strict scrutiny,” Gilligan wrote in his decision.

The judge cited Doe v. Gomes, a 1995 case where the Minnesota Supreme Court ruled the state constitution protects the right to abortion, a precedent.

Gilligan’s ruling also prohibits a mandatory 24-hour waiting period from being enforced. Abortion providers are also no longer required to disclose the welfare benefits that could cover costs of prenatal care, postnatal care, and childbirth or to inform the mother that the child’s father would be liable for child support.

A pair of medical providers and the First Unitarian Society of Minneapolis filed a lawsuit challenging the state’s abortion law in 2019. Two legal advocacy groups, Gender Justice and the Lawyering Projects, brought the case on behalf of the plaintiffs.

“Many of these laws are out-of-step with contemporary medical practice, are contrary to Minnesota’s constitutional respect for individual privacy, and reflect antiquated views about women’s role in society,” the suit stated. “They impose burdensome and unnecessary restrictions on healthcare providers, increasing the costs and decreasing the availability of sexual reproductive healthcare in Minnesota.”

The plaintiffs ultimately dismissed their challenge to a Minnesota law requiring aborted or miscarried fetal tissues to be cremated or buried.

While abortion providers are still required to report data regarding their practices to the state, Gilligan removed the felony penalty for providers that do not comply.

Attorney General Keith Ellison said in June after the Supreme Court repealed Roe v. Wade that he would defend the state’s abortion restriction regardless of his personal views.

“My job is to defend the laws of the state of Minnesota without regard to my own personal opinions,” Ellison said while speaking at an event in Fergus Falls. “That’s the job that I have, that’s what I signed up for, and that’s what I’m going to do.”

Ellison said in a statement on July 11 that his team was reviewing the 140-page decision and was considering the next steps.

“It’s clear Judge Gilligan, who has had this case for three years, has put much thought into this decision that he clearly did not take lightly,” Gilligan said in a statement, per Axios.

“They went about the defense of these statutes in a half-hearted manner because Keith Ellison, as always, puts his personal beliefs above Minnesota law,” Schultz said, per AP News.

“The laws challenged in this case are commonsense measures that support and empower pregnant women,” said Scott Fischbach, the Executive Director of MCCL, in a statement.

“Today’s ruling striking them down is extreme and without a foundation in the Minnesota Constitution. Even the U.S. Supreme Court, under Roe v. Wade and subsequent decisions, allowed these very modest types of laws. Yet today’s ruling blocks them and prevents Minnesotans from enacting reasonable protections for unborn children and their mothers.” 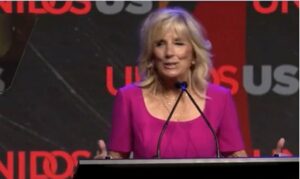