Josh Hawley Was the Only Senator to Oppose NATO Membership for Finland, Sweden

‘Is it in the United States' interest?' said Hawley

Senator Josh Hawley cast the only vote opposing admitting Finland and Sweden to the NATO alliance.

The treaty was approved by the Senate, 95-1.

“Finland and Sweden want to expand NATO because it is in their national security interest to do so—and fair enough,” Hawley

“The question that should properly be before us, however, is: is it in the United States’ interest to do so? Because that is what American foreign policy is supposed to be about, I thought.”

“I fear some in this town have lost sight of that,” the Missouri Senator added. “They think American foreign policy is about creating a liberal world order or nation building overseas. With all due respect, they’re wrong.”

Three senators skipped the vote, Republican John Cornyn of Texas, Democrat Jeff Merkley of Oregon and Democrat Patrick Leahy of Vermont. Leahy cited personal reasons for not attending the vote. Senators have to be physically present to vote.

“I am traveling to Oregon tonight to be with my mother as she enters the late phases in the arc of her life. I will return to D.C. for critical votes this weekend on the Inflation Reduction Act,” Merkley said on Twitter on Aug. 2, ahead of the NATO vote.

Cornyn, who is in isolation with COVID-19, released a statement praising the treaty’s passage.

“I applaud these countries for breaking with their long-standing neutrality in order to contribute to the collective security of Europe, and I back their accession unequivocally,” Cornyn said. He added that Sweden and Finland’s addition to the alliance would “nearly double the land border between Russia and NATO countries and help share the burden of NATO defense obligations.”

Kentucky Senator Rand Paul was the only senator to abstain by casting a “present” vote.

“If any senator is looking for a defensible excuse to vote ‘no,’ I wish them good luck,” he added, per The Hill. “This is a slam dunk for national security that deserves unanimous bipartisan support.”

“Expanding Nato will not make America stronger and it will not make America safer,” Hawley told Fox News’s Tucker Carlson in an appearance after the vote. “What it will do is commit us to sending more troops and spending more money and devoting more resources to Europe, and, frankly, I think that’s the wrong choice. Just look at the challenges at home with our border.”

Finland and Sweden announced their intent to join NATO in May, citing mounting national security concerns because of the Russia-Ukraine War.

Russian President Vladimir Putin had asked President Joe Biden to vow Ukraine would not be granted membership to NATO in December of 2021. At the time, Russian troops has been gathered near the nation’s border which heightened speculation of an impending invasion. Biden refused, saying countries should be free to choose who they associate with. 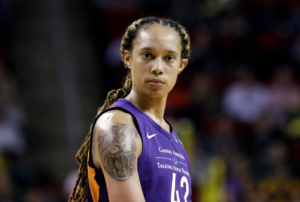