Griner has been sentenced to nine years in prison

She had been sentenced to 9 years in prison by a Moscow-area court.

Judge Anna Sotnikova said during sentencing on Aug. 4 that Griner intentionally broke the country’s laws. She also said that the time Griner has already spent behind bars would count toward her remaining time.

Griner was arrested on Feb. 17.

While in the metal defendant’s cage, Griner told the judge that she had made “an honest mistake.”

Griner is a 31-year-old from Houston who played for the Phoenix Mercury. She was detained at the Sheremetyevo International Airport in Khimki in February while traveling to play in Russia during the WNBA’s offseason.

Russian officials said the athlete had vape cartridges with cannabis oil, which are prohibited in the country.

Her attorneys, Marina Blagovolina and Alexander Boykov, told the press they plan to appeal the case.

Griner appeared in court on seven occasions prior to her conviction and sentencing.

“The WNBA and NBA’s commitment to her safe return has not wavered and it is our hope that we are near the end of this process of finally bringing BG home to the United States,” they said, per ESPN.

In a statement issued through the White House, President Joe Biden denounced Russia.

“Today, American citizen Brittney Griner received a prison sentence that is one more reminder of what the world already knew: Russia is wrongfully detaining Brittney,” reads Biden’s message. “It’s unacceptable, and I call on Russia to release her immediately so she can be with her wife, loved ones, friends, and teammates.”

The president vowed that his government will “continue to work tirelessly and pursue every possible avenue to bring Brittney and Paul Whelan home safely as soon as possible.”

Paul Whelan is a former United State Marine and citizen of the US, Canada, the United Kingdom and Ireland. Whelan, who has traveled to Russia on a number of occasions, has been accused of espionage by Russia’s FSB state security agency.

“There were uncorroborated reports he had been caught receiving a digital storage device containing a list of intelligence officials,” reports the BBC. “There was also speculation over other possible motives for the arrest — including a suggestion Mr. Whelan was detained so he could be exchanged with Maria Butina, a Russian gun rights activist, who was jailed in the US in December 2018.”

Butina was deported to Russia in October of 2019.

Whelan was arrested in his hotel room on Dec. 28, 2018 and was ultimately sentenced to 16 years in prison. 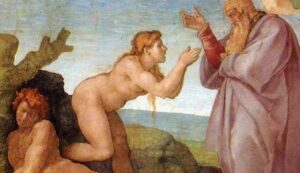 OPINION: I’m a Firm Believer in the Bible — That’s Why I’m Pro-Abortion