Jordan Peterson has accepted a position at Ralson College in Georgia.

The Candian clinical psychologist and best-selling author will join the school as its Chancellor.

“Dr. Peterson is a tireless defender of free thought, free speech, and conscientious action; and a passionate advocate of the true and beautiful things that those free acts can attain,” the college said in a statement. “A brilliant interpreter of Western culture and a mentor to the millions of students whom the modern university has betrayed, Dr. Peterson understands the transformative power of human civilization and the unique nourishment that its cultural treasures afford.”

Ralston College in Savannah is a classical liberal arts institution founded in 2006. The school was granted the power to award degrees by the state of Georgia in 2020 and authorized to operate.

I have accepted an appointment as the Chancellor of @ralstoncollege. With the efforts of the very able president Dr Stephen Blackwood @StephenBlackwd we hope to fashion a truly classic liberal arts institution: ⁰https://t.co/JEq1ihhXTF

“It is no secret that the integrity of higher education in the United States has become questionable — not least because most colleges and universities are no longer places where freedom of inquiry, and the freedom of speech on which free inquiry depends, are protected, let alone celebrated,” Blackwood told Philanthropy Roundtable in February. “Nevertheless, our vocation is not [to] critique, but to show another way.”

Ralston has partnered with the online education platform FutureLearn to offer abridged college courses to more than 15 million students in 200 countries.

The college plans to offer an in-person Masters in Humanities program in September.

Peterson resigned from his tenure professorship at the University of Toronto in January, due to the “appalling ideology of diversity, inclusion is demolishing education and business,” per The Post Milennial.

The academic gained international attention when clips of his lectures and videos he made on YouTube went viral. His book “12 Rules For Life: An Antidote to Chaos” sold over 3 million copies in its first year.

As Chancellor, Peterson is the formal and ceremonial head of the college who “advances the university’s most fundamental aim: to kindle and enlarge the human spirit.”

Dr @jordanbpeterson is one of the most celebrated and inspiring teachers in the world. It is an honor to welcome him as our Chancellor.https://t.co/NA35t3oaQF 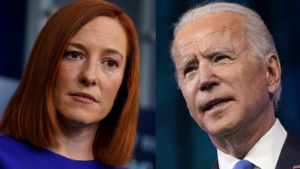 Missouri and Louisiana Sue Biden, Psaki And Other Officials for Alleged Collusion with Social Media Companies