'Look forward to figuring out what's next,' the White House correspondent tweeted

CNN correspondent John Harwood announced he is leaving the network.

The news comes weeks after Brian Stelter left the network and his show “Reliable Sources” was cancelled.

“Today’s my last day at CNN,” wrote Harwood on Twitter on Sept. 2. “Proud of the work. Thanks to my colleagues.”

“I’ve been lucky to serve the best in American media – St. Petersburg Times, WSJ, NYT, the NBC family, CNN,” he added. “Look forward to figuring out what’s next.”

Harwood previously served as the editor-at-large of CNBC from 2006 to 2019 before joining CNN in January of 2020 as a White House correspondent.

Harwood oversaw CNBC’s town hall with President Barack Obama in 2010 as well as the network’s Republican presidential debate in 2011 and 2015.

During his time with CNN, “Harwood drew sharp criticism of bias from Republicans for his moderation of a GOP primary debate in 2015 over loaded [with] questions and acerbic remarks at the candidates,” reports Fox News. “He has done little to lose that reputation… often tweeting fawning praise of the Biden administration while roasting Republicans.”

Harwood is the latest high-profile member of CNN to leave under the leadership of Chairman and Chief Executive Officer Chris Licht who took over in May.

Licht is reported to be purging the network of reporters who have become too partisan and pushing for fact-driven content.

“We are truth-tellers, focused on informing, not alarming our viewers,” he told Axios.

He sent a memo to staff members stating CNN “advocates for the truth” moving forward and that “too many people have lost trust in news media.”

“I think we can be a beacon in regaining that trust by being an organization that exemplifies the best characteristics of journalism: fearlessly speaking truth to power, challenging the status quo, questioning ‘group-think,’ and educating viewers and readers with straightforward facts and insightful commentary, while always being respectful of differing viewpoints,” Licht wrote, per The New York Post. 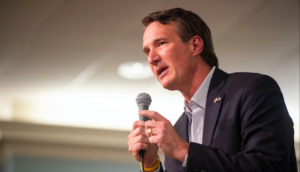