The lieutenant governor, who suffered a stroke in May, accused the Republican of mocking his health

Pennsylvania Lieutenant Governor John Fetterman will not take part in a September debate against his Republican challenger for the Senate, Dr. Mehmet Oz.

Fetterman returned to the campaign trail in August after suffering a stroke in May. His campaign has called the debate accommodation proposed by Oz’s campaign insulting.

“I’m proud of my record as mayor and as Lieutenant Governor  and I’m eager to put my record and my values up against Dr. Oz’s any day of the week,” Fetterman said in a statement released on Aug. 30.“As I recover from this stroke and improve my auditory processing and speech, I look forward to continuing to meet with the people of Pennsylvania.”

“I will not be participating in a debate the first week of September, but look forward to having a productive discussion about how we can move forward and have a real conversation on this once Dr. Oz and his team are ready to take this seriously,” he added.

The 52-year-old was released from the hospital on May 22 after undergoing surgery to implant a pacemaker with a defibrillator. Fetterman said he did not suffer any cognitive damage and that doctors were able to remove the clot in his heart that caused the stroke.

According to The Washington Examiner, “Fetterman had previously been diagnosed with atrial fibrillation, an irregular heart rhythm, in 2017 after experiencing swelling in his feet. He was instructed to return for a follow-up appointment in the next few months but did not return until five years after his initial diagnosis — raising questions about whether the Democrat is in good enough health to run in one of the most competitive Senate races in the country.”

“I am going to take the time I need now to rest and get to 100% so I can go full speed soon and flip this seat blue,” the Democrat said in a statement following his release from the hospital this year, per ABC News.

Oz’s campaign had offered to “pay for any additional medical personnel” that the lieutenant governor may need, permit him to wear an earpiece to receive support from his staff, allow him to bring his notes on stage, and allow for additional breaks during the debate.

Fetterman’s campaign said the concessions “made it abundantly clear that they think it is funny to mock a stroke survivor.”

“I survived a stroke. Plenty of others have dealt with health challenges too,” Fetterman said in a video posted on Twitter. “Can you imagine if you had a doctor who mocked you for it?”

Oz, a heart surgeon who gained national attention for his television appearances, said on Aug. 12 that he was willing to take part in five moderated debates but that Fetterman had not committed to participate.

“It’s time for Fetterman to show up,” Oz wrote on Twitter. “Pennsylvanians deserve to hear from their candidates.”

Oz Campaign spokeswoman Brittany Yanick told NBC News that Fetterman’s decision to opt out of the September debate proves he is “a liar, a liberal, and a coward.”

“Ok, so when will he debate?” she said. “He won’t ever say — not even in his latest whiny statement.”

During an appearance on “America’s Newsroom,” Oz suggested Fetterman is avoiding a public debate because he is “hiding his radical views.”

“I offered John Fetterman numerous opportunities to explain to me how I can make it easier for him to debate, but at this point, since he’s given numerous reasons for not showing up, including the fact he didn’t have time in his schedule, I’m of the opinion that he’s hiding his radical views because he is the furthest far-left radical candidate at any competitive Senate race this cycle, and he doesn’t want those views to be exposed,” said Oz.

He added, “Democracy needs candidates who actually listen to the voters, answer their questions and are accountable to what they say.”

Oz and Fetterman are both hoping to fill a Senate seat currently held by retiring Republican Senator Pat Toomey.

Despite his absence from the campaign trail, Fetterman has a narrow lead over Oz – 49% to 44% in the most recent poll. 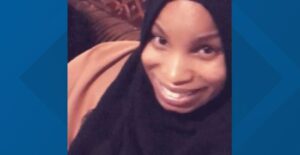