'I don’t even think I can get into the country,' Rogan said

Comedian and podcast host Joe Rogan said his sold-out April show in Canada is unlikely to take place because of the vaccine mandates.

“I don’t even think I can get into the country,” Rogan said on his show, The Joe Rogan Experience. “I don’t think I can go and even if I do go, I don’t trust that Vancouver is not going to follow suit with what Toronto did — where they cut capacity to 50%.”

He added: “I’m not vaccinated. I’m not gonna get vaccinated.I have antibodies. It doesn’t make any sense.”

TicketMaster confirmed the show had been canceled, noting that all tickets would be refunded without purchasers needing to take any action.

The April 20 show was scheduled to take place in Vancouver at the Rogers Arena, home of the Vancouver Canucks. Canucks Sports & Entertainment released a statement on Dec. 17 announcing new limits on the event center’s capacity due to regulations issued by the government of British Colombia.

“As per the announcement today by the Province of BC and the Provincial Health Officer, capacities at Rodgers Arena and Abbotsford Centre will be reduced to 50 percent as of Monday, December 20. With rising COVID-19 cases in out community, we continue to work closely with local health authorities as we support each other to keep the community safe as the pandemic continues,” said Michael Doyle, the president of Business Operations.

To enter the arena, all staff, guests and employees must show proof of full COVID-19 vaccination. Unvaccinated people, as well as those who are partially vaccinated, will be denied entry.

On the same day, Canada’s national government announced an expansion to COVID-19 travel restriction in an effort to “contain the spread of the Omicron variant.”

“These measures, guided by prudence, are intended to reduce the transmission of the Omicron variant in Canada and to help provinces and territories slow community spread,” said the Public Health Agency of Canada.

The agency announced it would “reinstate the requirement for a pre-arrival negative PCR test result for all travelers leaving the country for less than 72 hours” and — on Dec. 21 — require “pre-arrival testing … for trips of all durations.”

“As of December 15, the Government of Canada is advising Canadians to avoid non-essential travel outside of Canada at this time,” the agency said. “Travel restrictions continue to change around the world and return options could become limited at any time. Now is not the time to travel.”

The Canadian government requires anyone crossing its borders to show proof of vaccination. 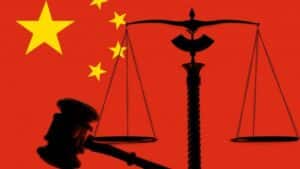