Attorneys for the former Oklahoma zookeeper and Tiger King star Joe Exotic say he has delayed cancer treatments until after his resentencing, expected in early 2022.

Joe Exotic, whose real name is Joseph Maldonado-Passage, announced last month that he has an aggressive form of prostate cancer.

The motion said his physicians told Maldonado-Passage that his condition could be safely monitored until treatment. As a result, he can avoid travel delays and appear at his court hearing without any restriction.

“Postponing radiation treatment until after resentencing would not be detrimental to his health as it is unlikely to affect his prognosis or outcome,” according to the motion that was filed.

“Given the declination of radiation and the ability to postpone it pursuant to his own doctors, Mr. Maldonado does not want his resentencing hearing postponed any longer. Additionally, if Mr. Maldonado is released within the next 6-18 months, more advanced options are available to him,” states the motion, which also asks for a hearing between Jan. 20 and 31, 2022.

Though he was given a 22-year prison sentence, a federal appeals court ruled in July that he should have a shorter prison sentence due to the trial court wrongly treating the two convictions separately, resulting in a miscalculation of sentencing according to federal guidelines. 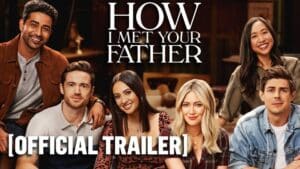 Official 'How I Met Your Father' Trailer Just Dropped