J.K. Rowling Brands International Women's Day as 'We Who Must Not Be Named Day,' Faces Backlash From Trans Activists — Again

Harry Potter author J.K. Rowling is once again facing backlash from transgender activists for branding International Women’s Day as “We Who Must Not Be Named Day,” referring to the minimization of the term “woman” and her infamous villain Lord Voldemort.

Rowling has been the subject of much controversy for being outspoken in her belief that sex is determined by biology.

The famed author was first branded as a “TERF” — “Trans Exclusionary Radical Feminist,” in June, 2020, when she took issue with an article referring to “people who menstruate” instead of using the word “woman.”

In her tweet on International Woman’s Day, Rowling wrote that “apparently, under a Labour government, today will become We Who Must Not Be Named Day,” in response to a tweet pointing out that Annalise Dodds, Chair of the Labour Party, had claimed she was not sure how to define the term “woman.”

“Someone please send the Shadow Minister for Equalities a dictionary and a backbone,” Rowling tweeted.

Apparently, under a Labour government, today will become We Who Must Not Be Named Day.

Michael Grant, co-author of Animorphs, accused Rowling of “punching down.”

You punch down, @jk_rowling, you attack a vulnerable minority group with very little power. That’s not brave, it’s cowardly. It’s bullying. The people who support you in this are themselves, bullies. It’s sickening to watch. #TransRightsAreHumanRights

Colorado Public Radio reporter Paolo Zialcita accused the author of “co-opting” a phrase that she wrote herself, in her own books.

a certain type of person is absolutely going to love jk rowling coopting phrases from her very popular book series and using it to advance her transphobic agenda https://t.co/rxeao1TX6J

Tech reporter Chris Sutcliffe complained that Rowling has not been fully silenced and deplatformed for her views.

Properly emboldened to just be openly bigoted now. This is what happens when papers give column inches to transphobes https://t.co/08LMY8cUGB

Rowling previously wrote a lengthy blog about her concerns with trans-activism.

Instead of bowing to the constant backlash, Rowling has continued to speak out.

The reaction to her views has been so intense that Harry Potter stars Daniel Radcliffe, Emma Watson, Rupert Grint, and Eddie Redmayne have all either denounced Rowling’s comments or expressed support for trans activism.

Ralph Fiennes, who played Voldemort, and Robbie Coltrane, who played Hagrid, have both defended Rowling and her right to have an opinion on the issue.

As Timcast recently reported, an online poll from The Guardian seeking nominations for their “Person of the Year” award was removed after Rowling took the lead. 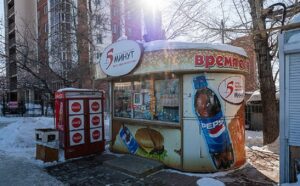