After recently acknowledging a role in the Iranian leader's death, the nation has become a renewed target of aggression

On Monday, hackers took control of an Israeli newspaper’s website, The Jerusalem Post, replacing its usual content with an image that threatened an attack on the nation’s undeclared nuclear weapons site.

During the initial hack, no group claimed responsibility. However, the image uploaded to the Jerusalem Post’s website depicted a missile coming down from a fist bearing a ring synonymous with Qassem Soleimani. Monday marks the second anniversary of the Iranian general’s assassination in Iraq.

The image on the news site was a scene from a recent Iranian missile drill in which Tehran destroyed a mock-up of Israel’s Shimon Peres Negev Nuclear Research Center near the city of Dimona.

In the picture, the rocket appears to be fired from the iconic ring Soleimani wore, with the caption: “We are close to you where you do not think about it,” in English and Hebrew.

Israel will not confirm or deny having atomic weapons. The lack of confirmation comes from its policy of nuclear ambiguity.

“We are aware of the apparent hacking of our website, alongside a direct threat to Israel,” the English-language newspaper wrote. “We are working to resolve the issue & thank readers for your patience and understanding.”

We are aware of the apparent hacking of our website, alongside a direct threat of Israel. We are working to resolve the issue & thank readers for your patience and understanding. For now, you can continue reading us on our app: https://t.co/UrEXIpatDPhttps://t.co/veBDuWgucp

There was no immediate response from the Israeli government.

In a recent interview with the Israel Intelligence Heritage and Commemoration Center, former Israeli intelligence chief Major General Tamir Hayman described the killing as one of “two significant and important assassinations” during his tenure.

“Soleimani’s assassination is an achievement since our main enemy, in my eyes, are the Iranians,” said Hayman. 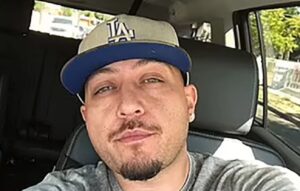