Japan was struck by a major earthquake off the coast of Fukushima which lead to a tsunami advisory.

The northern part of the island nation reported a 7.3 magnitude earthquake on March 15 at approximately 11:36 P.M.

The Pacific Tsunami Warning Center warned communities on the east coast of Honshu of a possible tsunami or hazardous waves within 186 miles from the earthquake’s epicenter, which was believed to be 20.5 to 36 miles below sea level.

A high-speed train on the Tohoku Shinkansen rail-line derailed with 100 passengers on board.

No abnormalities were reported at the Fukushima nuclear plant, according to a statement to the media from Chief Cabinet Secretary Hirokazu Matsuno.

“We are doing our utmost in rescue operations and putting people’s lives first,” Matsuno said.

While many people sought medical attention for injuries following the earthquake according to local media, no fatalities were immediately reported.

“Please first take action to save your life,” Prime Minister Fumio Kishida said on Twitter. He told reporters his government was still assessing the damage and managing requests for emergency assistance.

CBS News reports the Japanese Air Self-Defense Force dispatched fighter jets from a base in the Ibaraki prefecture, south of Fukushima, to gather information used for damage assessment.

Residents of Fukushima, Miyagi, Yamagata were advised to take caution because possible aftershocks could cause further disruption.

The same region of the country was hit by a 9.0 earthquake and tsunami 11 years ago — an incident that triggered a nuclear plant meltdown.

Over 19,000 people were killed and 6,000 went missing. The diaster destroyed 120,000 buildings and severely damaged approximately 1 million more, per Newsweek. Japan’s Reconstruction Agency has reported more than $300 billion was spent on reconstruction efforts. 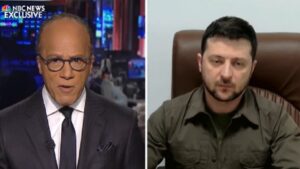