The comedian was denounced online for a joke he made in the 1990s.

Kentaro Kobayashi, the director of this year’s Olympic opening ceremonies, was fired for making a Holocaust joke — way back in 1998.

The now 48-year-old Kobayashi was part of the comedy duo Rahmens and was known abroad for a comedy series called “The Japanese Tradition.”

“In video footage that recently appeared online of a Kobayashi sketch from 23 years ago, where the Japanese comedian is pretending to be a children’s entertainer. Kobayashi later turns to another comedian, referring to some paper dolls, saying they are “the ones from that time you said ‘let’s play Holocaust,'” prompting laughter from the audience,” reports Newsweek. The video clip was met with outrage when it surfaced online.

Popular in his native Japan, Kobayashi played the Apple Macintosh computer in the ‘Get A Mac’ advertising campaign in Japan opposite Rahmens partner, Jin Katagiri, who played the PC. He is also an actor, manga artist, theater director and, award-winning playwright.

In a statement to the media following the dismissal, organizing committee president Seiko Hashimoto apologized for the incident.

“We found out that Mr. Kobayashi, in his own performance, has used a phrase ridiculing a historical tragedy,” he said. “We deeply apologize for causing such a development the day before the opening ceremony and for causing troubles and concerns to many involved parties as well as the people in Tokyo and the rest of the country.”

This dismissal is only the latest scandal for the Tokyo Olympics. As the event drew closer, an increasing number of controversies have surfaced.

Tsunekazu Takeda, former Japanese Olympic Committee and an International Olympics Committee member, resigned after allegations that IOC members were bribed to award Tokyo the Olympics in 2013.

Yoshiro Mori resigned in February after allegations surfaced that he had made sexist comments — including saying that women talk too much during meetings. At the time, he was the president of the Tokyo Olympics organizing committee and the former prime minister.

The composer for the Tokyo 2020 opening and closing ceremonies Keigo Oyamada resigned on July 19. He had been accused online of bullying his classmates with disabilities. His music has been pulled from the ceremonies.

The Tokyo Olympics were originally scheduled for the summer of 2020. Due to the COVID-19 pandemic, the games were rescheduled for 2021.

“Japan is pushing ahead with the Olympics against the advice of most of its medical experts. This is partially due to pressure from the IOC, which is estimated to face losses of $3 billion to $4 billion in television rights income if the Games were not held. The official cost of the Olympics is $15.4 billion, but government audits suggest it’s much more. All but $6.7 billion is public money,” per AP News.

Kobayashi issued a statement regarding his dismissal.

“Entertainment should not make people feel uncomfortable. I understand that my stupid choice of words at that time was wrong, and I regret it,” he said. 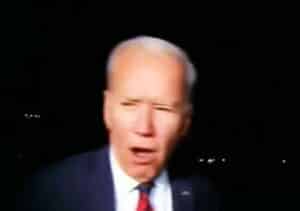