The House select committee investigating the January 6 protest at the Capitol has informed Mark Meadows that they have “no choice” but to move for criminal contempt charges against him since he is no longer cooperating with their inquiries.

Committee Chairman Bernie Thompson said in a letter to Trump’s former chief of staff that they are referring him for criminal prosecution.

“In summary, on November 12, 2021, Mr. Meadows failed to appear for the deposition required by the Select Committee’s subpoena. On November 22, 2021, the Select Committee gave Mr. Meadows an opportunity to cure his non-compliance by appearing for a deposition, which was ultimately scheduled for December 8, 2021. Now, the day before the deposition, Mr. Meadows has rejected the opportunity to cure his non-compliance and made it clear that he does not intend to participate in a deposition,” Thompson wrote.

The letter continues on to say, “there is no legitimate legal basis for Mr. Meadows to refuse to cooperate with the Select Committee and answer questions about the documents he produced, the personal devices and accounts he used, the events he wrote about in his newly released book, and, among other things, his other public statements. The Select Committee is left with no choice but to advance contempt proceedings and recommend that the body in which Mr. Meadows once served refer him for criminal prosecution.”

The letter comes only a week after the committee claimed that they had reached an agreement with Meadows to produce records and appear for an initial deposition. He was scheduled to appear before the committee on Wednesday, but did not show up.

CBS News reports that Meadows’ attorney, George Terwilliger, told Thompson in a letter earlier Tuesday that Meadows assumed a responsibility to protect executive privilege before and after his tenure, and “his appreciation for our constitutional system and for the separation of powers dictates that he cannot voluntarily appear under these circumstances.”

“In addition we found that in spite of our cooperation in sharing documents with them, they had issued, unbeknownst to us and without even a courtesy call, issued a subpoena to a third-party carrier trying to get information,” Meadows said during an interview with Real America’s Voice. “At this point, we feel like it’s best that we just continue to honor the executive privilege and it looks like the courts are going to have to weigh in on this.” 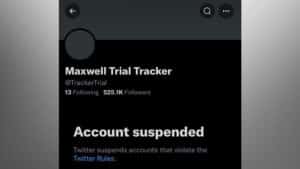