The chairman of the Proud Boys has requested a release, citing the “inhumane” conditions of the jail where he is serving a 5-month-sentence.

Henry “Enrique” Tarrio was arrested on Jan. 4. He was charged with one count of destruction of property for burning a Black Lives Matter banner that had been stolen from Asbury United Methodist Church, a historically black church in Washington, D.C, in December of 2020.

He was also charged with one count of attempted possession of a large-capacity ammunition feeding device. When he was pulled over by police, Tarrio had two unloaded firearm magazines with the Proud Boys logo in his bag.

Tarrio, who served as the Florida state director of Latinos for Trump, pled guilty to both charges on July 19.

“The Honorable Harold L. Cushenberry, Jr. sentenced Tarrio to 90 days of jail on the destruction of property charge and 150 days in jail on the ammunition offense; the judge suspended all but 155 days of that time on the condition that Tarrio successfully complete three years of probation. Tarrio also must pay $1,000 in fines, as well as $347 in restitution to the church,” said the U.S. Attorney’s Office.

The Independent describes the Proud Boys as an “all-male gang known for violence at public rallies and a misogynistic and racist philosophy” who “have routinely clashed with anti-fascist protesters.”

The group has denied that they are a racist organization, opting instead to describe themselves as “Western chauvinists.”

Appearing in court virtually on Nov. 15, Tarrio requested DC Superior Court judge Jonathan Pittman reduce his sentence to 90 days or allow him to finish his sentence at home.

He said dirty toilet water has constantly flooded his cell and correction officers have been abusive, denying access to medical treatment, edible food, and clean water. He told the judge he has been held in a segregated unit.

Lucas Dansie, Tarrio’s lawyer, said the guards threatened his client not to complain about the jail conditions.

“Mr. Tarrio has been intimidated and antagonized by correctional staff to dissuade him from making complaints about the horrendous conditions,” wrote Dansie.

“I’ve been to jail before and what I’ve seen here, I’ve never seen anywhere else,” said Tarrio. “This place needs to be shut down immediately.”

Attorneys for the government have denied Tarrio has been mistreated.

“Tarrio’s complaints about jail conditions in Washington mirror those of several prisoners charged in the Jan. 6 riot at the U.S. Capitol. Conditions at the D.C. central jail have long been a point of criticism for local activists,” reports AP News. “The issue has taken on a national political dimension in recent months because of the Jan. 6 defendants.”

The Justice Department plans to move 400 prisoners from DC Central Jail, where Tarrio is being held, to a facility in Pennsylvania. None of the jailed Proud Boys are set to be a part of the transfer.

For Tarrio, this is further evidence of the serious problems that make the jail inoperable.

He told the judge, “They don’t move 400 prisoners for nothing.” 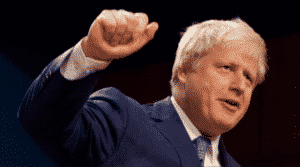