Ivanka Trump, daughter of former President Donald Trump, is expected to testify before the House Select Committee on Tuesday.

Ivanka Trump served as a senior White House advisor during her father’s presidency.

According to a report from NBC News, “it was not immediately clear whether Ivanka Trump’s expected testimony would happen in-person or virtually. Ivanka Trump’s husband and fellow former White House official Jared Kushner testified virtually last week before the committee for six hours.”

Ivanka Trump was working as head of the White House Office of Economic Initiatives and Entrepreneurship in the West Wing during the protest on January 6.

In January, the committee sent a letter asking her to cooperate with its investigation by voluntarily participating in an interview.

Chairman Bennie Thompson said the former president’s eldest daughter would be asked about a critical range of topics, specifying specific areas of interest to the committee.

The letter said that they want Ivanka Trump to provide information regarding President Trump’s alleged efforts to impede Congress’s certification of the electoral votes from the 2020 general election.

The letter claims that President Trump and his supporters had legally challenged the results of the elections in several states and then tried to “enlist” Vice President Mike Pence to ”unilaterally reject certain states’ votes, or to delay the counting of those votes until an unknown future date.”

The committee says that Ivanka Trump was in the Oval Office on the day in question and observed several important phone calls her father conducted with Pence and other officials where “the President’s plan to obstruct or impede the counting of electoral votes” may have been discussed.

“The Committee has identified no evidence that President Trump issued any order, or took any other action, to deploy the guard that day,” Thompson wrote. “Nor does it appear that President Trump made any calls at all to the Department of Justice or any other law enforcement agency to request deployment of their personnel to the Capitol.”

“The American people deserve to understand all the relevant details,” Thompson concluded. 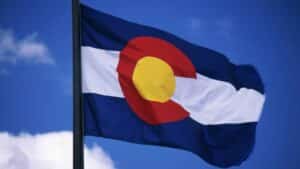