The leader of Italy’s traditionalist nationalist party is being criticized for sharing a video of a Ukrainian woman being raped by a migrant in the city of Piacenza.

Giorgia Meloni, who is currently campaigning to become the nation’s next prime minister, has been accused of shameful electioneering.

The video, which was filmed from an apartment overlooking the street, shows a 55-year-old woman being assaulted by a man from Guinea who is currently seeking asylum in Italy, according to Reuters.

The man is currently being detained by local police pending an investigation.

Meloni shared the video which had been published by a local newspaper on Twitter. The image had been blurred but the audio includes the women’s cries.

“One cannot remain silent in the face of this atrocious episode of sexual violence against a Ukrainian woman carried out in daytime in Piacenza by an asylum seeker,” Meloni wrote in her post. “A hug to this woman. I will do everything I can to restore security to our cities.”

Meloni is the leader of the Brothers of Italy, which is frequently described as a far-right political group. It was the only party that did not join Prime Minister Mario Draghi’s coalition government that spanned the political spectrum.

The party was founded in 2012 and champions family values and traditional Italian culture. Much of its platform involves addressing the country’s low birth rate, including offering monthly stipends to families.

Piero Ignazi, a professor emeritus at the University of Bologna, told France 24 News that the movement has been linked to “post-fascist traditions” stemming from the collapse of dictator Benito Mussolini’s National Fascist Party.

“But its platform mixes this tradition with some mainstream conservative ideas and neoliberal elements such as free enterprise,” said Ignazi.

Meloni herself “is pro-Nato and supportive of Italy sending arms to the war-torn country … and of increased spending on defence,” per The Guardian. She has also advocated for a naval blockade in north Africa that would prevent migrants from sailing to Italy.

At her rallies, which have become increasingly popular, the 45-year-old is known for her slogan – “I am a woman, I am a mother, I am Italian, I am a Christian and you will not take that away from me.”

If elected, Meloni would be the nation’s first female prime minister.

She leads her opponents in recent polls. In July, 24% of voters said they intended to support Meloni and the Brothers of Italy. The Democratic Party and right-wing party The League took second and third place.

After her tweet on Aug. 21, some political leaders denounced her decision to share the video with the audience as a political move.

Carlo Calenda, a centrist leader of a smaller political party, called Meloni “immoral” on Twitter for sharing the video of the attack.

Enrico Letta, the head of the center-left Democratic party, wrote that “it is indecent to use images of a rape. Even more indecent to do so for electoral purposes.”

Meloni defend her post, noting that neither the victim nor the attackers’ identities were revealed in the video. She countered her critics’ comments by pointing out that they had not condemned the attack and instead had focused their attention on her.

“Why don’t you speak of this?” Meloni said in a response video, per AP News. “Because otherwise you need to come to terms with the fact that security in our cities is out of control, thanks also to the surreal immigration policies that you have pursued.”

Italy will hold its snap election on Sept. 25. The election was triggered by Draghi’s decision to resign and dissolve his government in July. 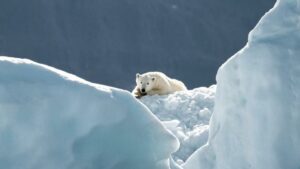 Over 1,100 Scientists Sign Declaration Stating There is ‘No Climate Emergency’