Ireland currently only allows 50 guests maximum at weddings and receptions, angering many brides.

The Irish government relaxed some of its COVID restrictions after brides protested the rules limiting the number of wedding guests.

Women dressed in white stood outside parliament on Tuesday carrying signs that read ‘love is not canceled.’ Others called in to demand changes to the COVID-19 protocol.

The number of guests allowed at weddings and receptions was set to double to 100 in August.

Then, last week, Deputy Prime Minister Leo Varadkar announced that this would not happen because of concerns over the Delta variant.

“Ireland, which has implemented some of Europe’s toughest restrictions during the pandemic, has been gradually unwinding its third and longest lockdown and this week permitted pubs and restaurants to resume serving fully vaccinated diners indoors,” Reuters says.

Couples across the globe have struggled to plan weddings as lockdown and social distancing efforts continuously fluctuate. The postponements and cancelations have left a number of businesses like florists, event venues, and caterers reeling.

According to Statista, 82% of weddings worldwide that were scheduled to take place in April 2020 were postponed. About 11% of April 2020 weddings were canceled.

These matrimonial disruptions slowed over the course of last summer.

London-based not-for-profit organization Our World in Data found that Ireland has one of the fastest vaccination rates in the world.

“These are total doses. According to figures produced by the Health Protection Surveillance Centre, 4,707,181 vaccinations have been administered to date with 2,673,840 having received a first dose as of Saturday and 2,033, 341 are fully vaccinated. Close on three-quarters of the adult population have had at least one dose and 55 percent are fully vaccinated,” says The Irish Examiner.

Following the protest, the Irish parliament agreed to stick to the original plan to permit 100 guests at weddings beginning in August.

In adjacent Northern Ireland, there are no restrictions on wedding guest numbers. 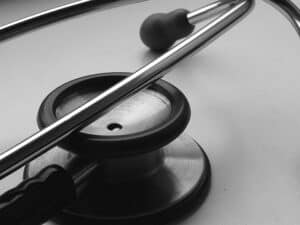 New Study: White People Have The Lowest Life Expectancy in England and Wales