Indonesia Criminalizes Sex Outside of Marriage

The new criminal code would apply to citizens and foreign visitors

Indonesia’s parliament has criminalized having sex with anyone other than one’s spouse.

The new policy is considered another marker of increasing conservative religious ideology in the country.

“The aim is to protect the institution of marriage and Indonesian values, while at the same time being able to protect the privacy of the community and also negate the rights of the public or other third parties to report this matter or ‘playing judge’ on behalf of morality,” said Albert Aries, a spokesman for country’s justice ministry.

Anyone caught violating the ban on extramarital sex can face up to a year in jail. The ban will go into effect sometime in 2025 although it is expected to be legally challenged.

According to the BBC, the new criminal code will “apply equally to locals and to foreigners living in Indonesia, or visiting holiday destinations such as Bali.” It also bars unmarried couples from living together. Premarital cohabitation is punishable by up to six months in jail and a fine of 10 million rupiahs or $710.

Additionally, anyone convicted of adultery will now be jailed for nine months to a year under the new morality law.

Only the parents, spouse or child of a suspected violator of the new criminal code are permitted to make reports.

Some businesses have objected to the law, and argue that the ban will deter tourists and “digital nomads” — people who travel while working remotely — from other nations from visiting.

“We deeply regret the government have closed their eyes,” Maulana Yusran, deputy chief of Indonesia’s tourism industry board, told Reuters. “We have already expressed our concern to the ministry of tourism about how harmful this law is.”

Others have argued the laws will unfairly impact LGBT people in the nation, where same-sex marriage is not legal. Notably, during the parliamentary debate, Indonesian lawmakers did agree to remove a clause making same-sex marriage illegal, per AP News.

Indonesia is a majority Muslim nation, with about 79% of the population self-identifying as Muslims in 2020. For comparison, 37% of the population of Southeast Asia is Muslim as is 24% of the global population, according to The Association of Religion Data Archives.

“In recent years, conservative Islam has gained ground in the country, and now some fear its influence is growing, even as its ranks remain a minority in Parliament,” reports The New York Times. “In the lead-up to the next presidential election in 2024, few officials appear willing to upset the religious right, which helped pave the way for Tuesday’s overhaul of the criminal code.”

Finally, the new criminal code limits political expression by reinstating a ban on insulting the president or state institutions, spreading views counter to the state ideology, and staging protests without notification.

Every political party in the Indonesian parliament supported the new policy. 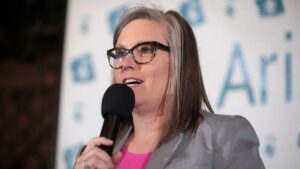