The Republican Party of Arizona penned a letter to the State Attorney General requesting an investigation into Katie Hobbs’ involvement pressuring Twitter to remove content during her campaign.

Following journalist Matt Taibbi’s Friday’s report on the “Twitter Files,” it was revealed that candidate Hobbs, who concurrently served as Arizona Secretary of State during her campaign, requested the removal of posts from the platform. On Monday, Hobbs certified her win against Republican opponent Kari Lake, who appears to be seeking law fare citing voting discrepancies across the state.

“The Republican Party of Arizona Attorney General Mark Brnovich to immediately investigate the Secretary of State over a government agency directing a private company (Twitter) to suppress free speech,” reads the letter. “The First Amendment protects citizens’ speech from the government — not the other way around.”

“As Americans we have the right to be critical of our government and vocalize those concerns.”

The Republican Party of Arizona calls on @GeneralBrnovich to immediately investigate @SecretaryHobbs over a government agency directing a private company to suppress free speech.

+ a few other violations of State Law.

“It appears that Secretary Hobbs, acting in her official capacity, using state resources, and at times in coordination with the Biden Administration, privately asked Twitter to remove posts on her behalf. It was at this point she may have crossed the line into unlawful coordination,” the letter continued.

The Republican Party of Arizona further suggested Hobbs may have violated several state laws regarding a candidate’s independent and coordinated expenditures, campaign finance reports and violations, enforcement by attorney general and county, city or town attorney, and use of state, special taxing district resources to influence elections.

“The allegations in this letter are based on media reporting referencing and containing images of partially redacted emails released in out of state litigation,” the letter concluded. “We ask your office to investigate to ascertain the full scope and content of the communications between the Secretary’s office and Twitter and whether those communications may have violated the laws set forth above or any other applicable laws.”

Katie Hobbs is facing backlash after it was revealed that her office requested that certain tweets be censoredhttps://t.co/1omoksIIkC

The email was forwarded to a Twitter employee, who wrote “please see this report below from the Arizona SOS office. Please let me know if you have any questions.”

“Thank you, we will escalate,” Twitter wrote back shortly after.

“Thank you… both tweets have been removed from the service,” Twitter wrote seven hours later copying an employee at CISA in their response. 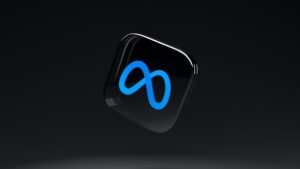