During a March 22 interview with reporters following the second day of Ketanji Brown Jackson’s Supreme Court Confirmation hearings, Braun said he did not want an activist to have a seat on the bench.

“Stick with interpreting the law,” Braun said. “Don’t legislate from the bench.”

Braun went on to say that he regarded the court’s decision in 1973’s Roe v. Wade, which legalized abortion, as an act of judicial activism. He said the issue should never have been federalized and, instead, should have remained under the authority of individual states.

Braun said that in order for diversity to “shine” within a federal system, there would inevitably be a variation in rules among states.

“That’s where the difference among points of view in our 50 states ought to express themselves,” he added.

A reporter then asked the Senator if his opinion applied to the Supreme Court’s decision in 1967’s Loving V. Virginia, which federally legalized interracial marriage. Braun said yes.

“If you are not wanting the Supreme Court to weigh in on issues like that, you are not going to be able to have your cake and eat it too,” Braun replied.

REPORTER: "You would be okay with the Supreme Court leaving the issue of interracial marriage to the states?"

SEN. MIKE BRAUN (R-IN): "Yes. If you are not wanting the Supreme Court to weigh in on issues like that, you are not going to be able to have your cake and eat it too." pic.twitter.com/jiVTMOpC01

“You can list a whole host of issues. When it comes down to whatever they are, I’m going to say they’re not going to all make you happy within a given state,” Braun continued. “But we’re better off having states manifest their points of view, rather than homogenizing it across the country as Roe v. Wade did.”

During the interview, the senator said contentious or evolving issues are best resolved with more “latitude” among states and less “one size fits all” nationalized decision-making.

Braun used marijuana legalization as an example of an issue that should be discussed by state governments. The senator felt that the number of states that had legalized the substance in some capacity had “given us a clear pathway.”

Braun told The Hill later that day that he had “misunderstood” the question and confirmed through a spokesperson that he does not want Loving v. Virginia to be overturned.

“Let me be clear on that issue — there is no question the Constitution prohibits discrimination of any kind based on race, that is not something that is even up for debate, and I condemn racism in any form,” Braun added.

His remarks were condemned by the Indian Democratic Party, which said they were “un-American” and “beneath any respectable person wishing to hold public office” in a statement to ABC News.

Other Republicans have made similar statements in opposition to Supreme Court decisions that led to the creation of federal policies.

During Jackson’s hearing, Tennessee Senator Marsha Blackburn said she believed 1965’s Griswold v. Connecticut, where the Court ruled that there was an inferred right to privacy in the Constitution, was “constitutionally unsound,” per The Washington Post.

The CEO of Meyers Distributing, Braun was elected to the Senate as a Republican in 2018. 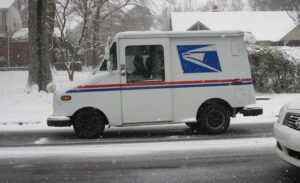