Solicitor General Tom Fisher says the law is 'designed to protect minors, families, and the unborn'

Indiana is requesting permission from the Supreme Court to enforce a law that would require minors seeking abortions to have the consent of one of their parents.

The state has been unable to enforce the law since 2017 when a lower court blocked the regulation because of precedents set by Roe v. Wade. Because the Supreme Court ruled to overturn federal protections for abortions on June 24, Indiana wants to enforce the parental notification requirement.

“Given that the preliminary injunction is without legal basis and that it is inflicting irreparable harm to important state interests, there is no reason to delay transmittal of this court’s judgment,” the state’s solicitor general Thomas Fisher said in court documents filed on July 14. “Delay would only serve to prevent enforcement of a duly enacted state law designed to protect minors, families, and the unborn.”

Indiana has requested the justices order lower courts to allow the law to go into immediate effect.

Chief Justice John Roberts is overseeing the case after Justice Amy Coney Barret, who usually handles emergency requests in the region, recused herself. While serving as a judge in the 7th Circuit Court of Appeals, Barrett was involved with the case.

The 7th Circuit Court has said it cannot act on the case without a judgment from the Supreme Court, which is expected to be transmitted on July 25.

Roberts has asked the defendant, Planned Parenthood of Indiana and Kentucky, to respond to the state’s request by July 15.

In a joint statement earlier this month, the Planned Parenthood Alliance Advocates of Indiana and the American Civil Liberties Union of Indiana opposed overturning the 2017 ruling. The organizations said Indiana minors are “fully capable of making their own decisions about their futures.”

“This law is an unconscionable intrusion into patients’ lives and will force health professionals to delay care and disregard their patients’ confidentiality — even when that could be dangerous for their patient’s safety,” said the organizations. “State laws that mandate parental consent contradict the ethical and professional training of medical professionals, and, in some terrible cases, expose a young person to dangerous situations like abuse.”

According to the law, Senate Enrolled Act 404:

Doctors are required to keep records of the documentation on file for the subsequent seven years.

Underage pregnant girls who do not receive consent from their parents or guardian can petition the juvenile court in the county where they live or where the abortion would be performed to have the requirement waived.

The law also allows a doctor “who feels that compliance with the parental consent requirement… would have an adverse effect on the welfare of the pregnant minor or on her pregnancy” to petition the court to have the requirement waived within 24 hours of the initial abortion request.

The court must rule on any filed petitions within 48 hours.

“The requirement of parental consent under this section shall be waived by the juvenile court if the court finds that the minor is mature enough to make the abortion decision independently or that an abortion would be in the minor’s best interest,” the law states.

After the repeal of Roe, Indiana Attorney General Todd Rokita said he would request the courts permit the state to enforce abortion regulations that the 1973 decision had blocked.

“Following the landmark Dobbs decision, we eagerly anticipate clearer paths for Indiana’s commonsense laws protecting unborn children and their mothers,” Rokita said, per WHAS11. “We are grateful for the new day that has dawned, and we will remain steadfast in our fight for life.” 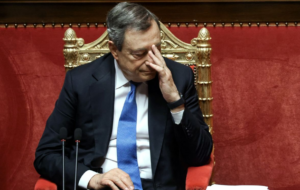